How are Primary Care Physicians Reacting to Obamacare? 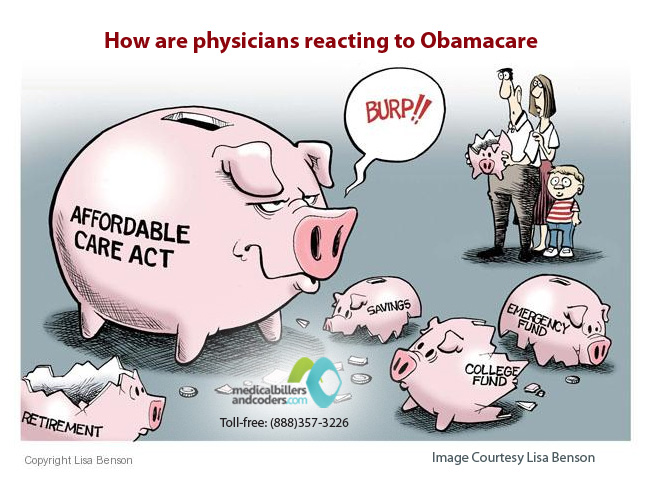 The Affordable Care Act also known as Obamacare came into force in 2010. Since then physicians are divided over the healthcare act. The ACA goal to reduce health care costs encouraged new models and strategies of health care delivery. This has given rise to a number of models of healthcare delivery: Population Health Management, Care Coordination and Accountable Care organizations are one of the many such delivery models. Most of these models stress on improving health care, lowering cost of care and making delivery of care more patient satisfying. However, the primary criticism physicians have towards these centers of care is around reimbursements.

Given that the doctors are getting low reimbursements under the Obamacare plans, their main concern is the Medicare physician payment formula and the flawed medical liability system, both of which does not benefit the physicians, and which were problematic even before Obamacare law came into force. Based on the Physicians Foundation survey (2014) in which 20,000 doctors responded 46% gave Obamacare a D or F grade, while 25% gave it an A or B grade.

Even though primary care physicians find it hard dealing with patients with low insurance under the Obamacare, some hospitals have benefited. Patients who do not get appointments with primary-care physicians, end up going to the ER, and under the ACA, they are now insured and can pay, and these minimum amounts add up to quite a lot.

Moreover, most primary care physicians feel that the Obamacare system favors the health insurance companies yet the very same percentage of physicians in a recent survey conducted are of the opinion that the quality of healthcare to their patients has stayed the same, and that Medicaid expansion has had positive impacts on their patients care.

Overall, most primary care physicians have not been highly impacted by the Obamacare regulations than that has been made out to look. According to the Kaiser Family Foundation/Commonwealth Fund survey of physicians conducted in early 2015, with a random sample of 1,624 primary care physicians, most stated that the law had little or no impact on the quality of care provided, but showed a very positive response to patient access to healthcare and insurance overall. So although physicians are a divided lot, depending on their political leanings, their responses to how patient care has improved has leanings to the more positive side, thus making the Obamacare goals much more realistic than what has been predicted.