The No Surprises Act provides new federal consumer protections against surprise medical bills and it contains key protections to hold consumers harmless from the cost of unanticipated out-of-network medical bills. Surprise billing can arise in both emergency and non-emergency situations and it is observed that 2 in 3 adults are worried about unexpected medical bills. Moreover, when it comes to privately insured patients, 1 in 5 emergency claims and 1 in 6 in-network hospitalizations include at least one out-of-network bill. Hence it is necessary to know about its implementation for every physician and practice.

Implementation of “No Surprises Act”

The new law takes effect on or after January 1, 2022, for the health plan and it applies to nearly all private health plans offered by employers (including grandfathered group health plans and the Federal Employees Health Benefits Program), non-group health insurance policies offered through and outside of the marketplace.

You can find that the effective date is still some months away, but many radiology groups are working to implement the compliance as it will require a high level of cooperation with the practice’s hospital. However, the imaging centers will not be impacted in the same way since they already are in control of which patients come to their facility and most likely have procedures in place to prevent an out-of-network situation from occurring without the patient’s knowledge and consent.

You already noticed that the act prohibits billing the patient, hence every radiology practice must become more diligent about working with the hospital registration system to obtain accurate insurance information and the radiology practices periodically must review all out-of-network payments from insurance plans with which they do not have a contract because the new law mandates that negotiations over a disputed amount must take place within 30 days of the receipt of payments.

It is advisable that radiology practice should develop a schedule of minimum acceptable amounts in advance which allow payments at or above the minimum to be accepted so that only those falling below the minimum are selected for an appeal to the payor and over time, the practice will reach a level of agreement with most of the insurance plans for out-of-network payments, which might even lead to a formal participation agreement.

Now you have a broad level of understanding about impacts on radiology, however, you can anticipate these impacts if you are a radiologist and prepare well for “The No Surprises Act” with the following steps.

Determine if the law applies to your practice

If you are a radiologist then the first level of decision-making is to determine if your practice operates in a state where the federal law applies as “The No Surprises Act” will not supersede state laws. There was no list of such states included in the act, but the Commonwealth Fund is an organization that has monitored the activity of states and maintains a database.

Identify which payers are out of network

You may encounter some circumstances where it is unclear which company is the payor due to the insurance carrier of the patient appearing to be out of network for the practice. However, the patient is a member of an underlying participating network and it is processed by the apparent carrier. In such situations, OON claim handling remains the same but on receipt of the explanation of benefits (EOB), the practice would handle it the same way as it usually would for a participating claim.

You can set your billing process to handle charges for those OON plans in a special way with the help of the information gathered about the plan participation status of the hospital and the practice. Moreover, submission of the initial claim to the insurance company should be at the practice’s full fee schedule amount as usual. Now the billing system must be set up to identify the claim for manual staff review and not immediately balance-bill the patient once the practice receives an initial payment of the OON claim from the insurer.

The staff needs to determine if the payment is acceptable to the practice as these accounts must be acted upon promptly because the practice has only 30 days to a resolution with the payor or file a dispute if it disagrees with a payment amount.

Finally, you should note that this new federal act will not apply in states that have their own comprehensive balance billing protection in place. The federal law goes into effect in 2022, so there is time to prepare your practice’s workflows and policies to ensure compliance. Now you have a clear understanding of impacts and some preparatory measures for your radiology practice. If you are looking to outsource your radiology billing services so that you can focus on your core competency then get in touch with us. 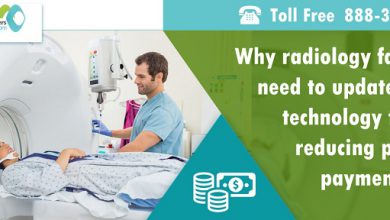 Why Radiology Facilities Need to Update Their Technology for Reducing Partial Payment? 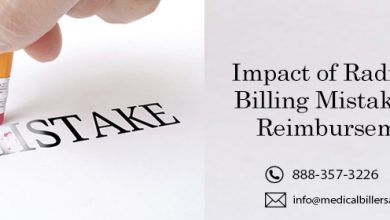 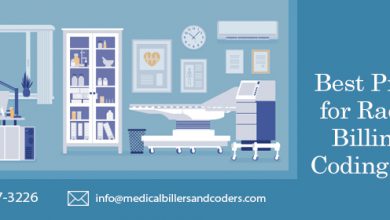 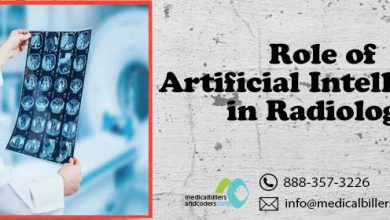 Role of Artificial Intelligence in Radiology