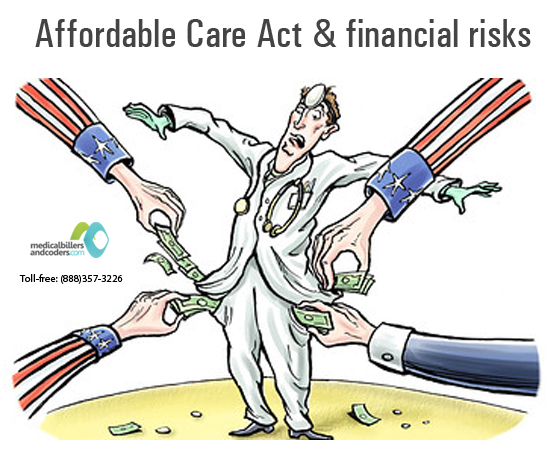 The Affordable Care Act (ACA), also known as the Obamacare, first became law in 2010. Since then a lot has changed between physicians and patients. Not only physicians but also the medical billing staff now have to be more knowledgeable about the changes that this Act has brought, as it could cause major risks to their revenue and financial stability.

Individuals who have purchased a health insurance policy are usually treated by physicians who assume that patients are paying their premiums and thus their health establishments will get their reimbursements via the insurers. But what happens when an individual stops paying his health premiums?

The ACA now grants a 90-day grace period for government subsidized plans, i.e. those individuals who have purchased a health insurance through the government, and who receive tax subsidies to offset the cost, under which their coverage cannot be cancelled for non-payment of premiums. The extended grace period rule in the ACA now literally transfers two-thirds of the risk from the Insurer to the physician and healthcare provider. The financial risk kicks in for the physicians and medical billing staff when:

So as a physician you need to carry forth this 5 point program to help mitigate financial risk to your practice:

So updating your patient about the financial risks and their timely payments may help you minimize the negative impact of the ACA on your practice and also on your patient.