Payers audit pharmacies because of billing history, a referral from an FWA hotline, a routine, random audit, or other reasons that might signify a potential for FWA to the payer. Often it is in the form of a desk audit, where the pharmacy will be required to fax documentation back to the payer, but can also be an on-site audit. During an on-site audit, the auditor might ask for a lot of different documentation and can include the original prescription, the prescription label, licensing and insurance information, invoices, and signature logs. Most often they will send out a letter in advance to allow the pharmacy to prepare. Be sure to use the letter to fully prepare for the audit. This includes pulling all prescription books (if the pharmacy does not have scanned prescriptions) and making advance copies of all required documentation – licenses, etc. – so that it is ready to go when the auditor comes.

Insurance company audits can present a significant financial risk to the pharmacy. In the case there is missing information or a missing prescription, insurance companies can chargeback the entire reimbursed amount of the medication.

Some of the most common reasons for a chargeback include:

Prescriptions still come across quite often with directions of “Apply to Affected Areas” for topicals. Unfortunately, these directions are unclear and put the pharmacy at risk for a chargeback. Directions should include the area that the patient is to apply the topical medication to and how often. One method to determine how much cream will be used for each application is the fingertip unit, which is the amount of medicine that will stretch from the end of an adult finger to the first joint and is estimated at 0.5g for an average male and 0.4g for an average female. This figure is then multiplied by the estimated number of fingertip units necessary to cover various areas of the body to arrive at a total days’ supply for the medication. Also, remember that some medications, such as diclofenac 1% gel or Santyl (collagenase), need to be dosed exactly.

Probably the most common package size for lancets, testing strips, and either pen needles or syringes is 100 count; unfortunately, this quantity doesn’t translate well into 30- or 90-day supplies. A common auditing issue arises when a patient is testing blood glucose, for example, three times daily and the claim is submitted with a 100-count box of testing strips for a 30 day supply. Because this is a 90-day supply and a smaller box is available, a 50-count box of testing strips should have been dispensed. In the case that a smaller box is unavailable (i.e. most lancets), it is acceptable to bill a 100-count box for 30 days because the package cannot be broken.

The total number of puffs in the inhaler should be divided by the total maximum puffs the patient could use per day. For example, for ProAir or Ventolin (200 puffs per inhaler), a prescription is written as “1-2 puffs PO q4-6 hours PRN” should be submitted as 200 puffs/12 puffs per day= 16 or 17 day supply. If this is mistakenly submitted as a 30 day supply the patient could run out of medication before the insurance company will pay for a refill.

Twenty drops per milliliter is a very common estimation to use when calculating eye drops. Also, consider whether the patient is using the medication in one or both eyes when performing the calculation; if it is unclear from the prescription, contact the provider to clarify.

There are numerous medications that have limited beyond-use dating and the limited dating needs to be taken into consideration when calculating days supply. Lantus, for example, is only stable for 28 days once it is removed from the refrigerator50; if the patient is receiving one vial (1000 units) and using 10 units per day, the correct days’ supply is still 28 days.

As stated previously, pre and post edits can assist in catching this error, but many pharmacies get chargebacks because of improper documentation of a DAW 2 (patient requests brand). If the patient does ask for brand and DAW 2 is submitted, a statement to that effect must be on the face of the hardcopy.

Lack of documentation of override codes:

There are numerous overrides a pharmacist can use to receive a paid claim through the pharmacy software system, and if those are not properly documented the payer can issue a chargeback. DUR codes are a good example – you cannot enter M0 “Prescriber Consulted” and 1B “Filled prescription as is” if you have not spoken with the physician and documented that conversation.

Having a discussion with the physician about the risks and benefits of prescription drug therapy (the conversation that would be documented with an M0) is not a delegable task in most states. Even in the case another DUR override code is used – for example, R0 “Pharmacist consulted other sources” – this implies that a reference of some sort was used to determine the appropriateness of therapy. This is also not a delegable task. Delegating this task to a pharmacy technician presents not only auditing issues but safety issues for the patient and legal issues for the pharmacy and pharmacist.

The following are examples of overrides that necessitate some level of judgment about appropriateness or safety of therapy and should be left to the pharmacist:

Software systems are designed to alert the pharmacist to an unusual dose; a good example would be Brilinta (ticagrelor) dosed once daily rather than the suggested twice-daily dosing or Remeron (mirtazapine) dosed three times daily which exceeds typical dosing intervals.

Most pre and post edit services have rejections related to medication safety. A common one is “look-alike sound-alike (LASA)” to ensure the correct medication is being filled and is overridden with a 6666 in the Prior Authorization (PA) field. For legal, safety, and liability reasons, this rejection should only be overridden by pharmacists.

A best practice is to maintain a compliance binder in the pharmacy that has all documentation necessary for auditing and inspection purposes. It should contain locations of all records that are too large to keep in a binder (invoices, etc.). Examples of records are copies of licenses (originals should be displayed), liability insurance, CMEA Self-Attestation (Combat Methamphetamine Epidemic Act), any state-specific requirements, and policies and procedures. It should also provide contact information for the pharmacy manager. In doing so, even if an auditor or inspector comes while a new and/or float pharmacist is there, they will know where all records are.

Why are Pharmacy Billing Specialist Important for Maximizing Revenue?

How Can Pharmacist Forecast Revenue In 2018? 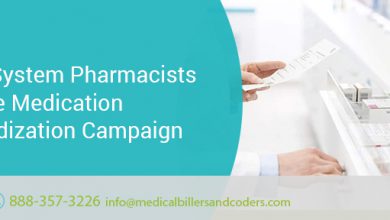