Medicare’s prescription drug benefit (Part D) is the part of Medicare that provides outpatient drug coverage. Part D is provided only through private insurance companies that have contracts with the federal government. It is never provided directly by the government, unlike Original Medicare. Plans can vary the list of prescription drugs they cover (called a formulary) and how they place drugs into different “tiers” on their formularies.

The patient may have creditable drug coverage from employer or retiree insurance. In that case, the patient doesn’t need to enroll in a PDP until they lose this coverage. Some people already enrolled in certain low-income assistance programs may be automatically enrolled in a Medicare drug plan and receive additional financial assistance paying for their medicines.

Most Medicare drug plans (Medicare Prescription Drug Plans and Medicare Advantage Plans with prescription drug coverage) have their own list of what drugs are covered, called a formulary.

To lower costs, many plans offering prescription drug coverage place drugs into different “tiers” on their formularies. Each plan can divide its tiers in different ways. Each tier costs a different amount. Generally, a drug in a lower tier will cost less than a drug in a higher tier. Here’s an example of a Medicare drug plan’s tiers (patient’s drug plan’s tiers may be different)

In some cases, if the drug is in a higher (more expensive) tier and prescriber thinks patients need that drug instead of a similar drug on a lower tier, the patient can file an exception and ask your plan for a lower co-payment.

In pharmacy billing, it’s vital to ensure that the paid amounts are correct in the final claims adjustment. The amount paid by the insurance company and the co-pay must equal the amount billed. MedicalBillersandCoders (MBC) can assist you in filling the correct claim amount first time only. Our experienced pharmacy billing team is really good at reconciliation which ensures the financial integrity of your firm. To know more about pharmacy billing services you contact us at 888-357-3226/ info@medicalbillersandcoders.com 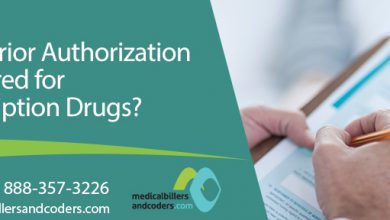 Why Prior Authorization Required for Prescription Drugs? 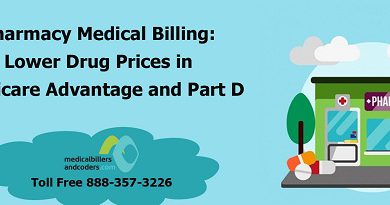 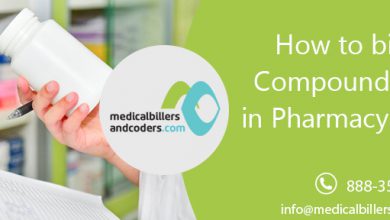 How to bill for Compound Drugs in Pharmacy Billing?