Pharmacy billing is challenging for varied reasons, including multiple payers; distinctions of the locations where services may be provided; variation in state laws and regulations; and the legislative process, with regulations that change or are updated frequently, often yearly.

Adding to the complexity is that pharmacy billing has its own language of terms and abbreviations that, if not understood, delay reimbursements and interpretation of rules and regulations. Although medical billing models are moving away from fee-for-service to value-based payment models, it is critical to understand the basics of the current model.

The changeover is not likely to completely repair the current system but, over time to build on much of the current infrastructure as a starting point for the new billing models. Today many distinctive medical billing agencies provides the basics to healthcare units in terms of billing and explains the particular details and processes, which the pharmacists need to know in-order to generate revenue for their services.

Although pharmacists have yet to universally establish themselves as health care providers able to bill payers in federal and state programs, they have the opportunity to work as supplementary personnel under an eligible provider who may bill for a pharmacist’s services. Thus, pharmacists are capable of generating revenue. The process remains complex and requires a clear understanding of the rules and regulations.

Understanding The Nuances Of Pharmacy

Reimbursement for services by pharmacists providing or expanding into direct patient care is more problematic than for other providers because of the lack of provider status and associated laws, rules, and regulations.

For pharmacists to submit bills to both government health care payers and commercial health care payers, their services need to be recognized in some manner for coverage. Presently, because of payment policies, in most situations pharmacists may not bill or be directly reimbursed for patient care services.

At the federal level and in some state and commercial programs, however, pharmacists may generate revenue ancillary to those providers who are eligible to submit claims. Many payers designate that payment for patient care services is dependent on the services authorized in state practice acts. Therefore, payable services are also determined on the basis of scope of practice outlined in a provider’s state practice act.

Payers In Healthcare And Commercial Payers

To comprehend pharmacist revenue generation potential for the given services, first it is important to identify the payers and the payer mix in the patient population where services will be provided.

Health care payers can be divided into four major groups, which are state government, commercial, federal government and self-pay. Even though self-pay is possible, it is not common and is difficult to sustain.

Although a typical clinic revenue source, commercial payers actually comprise multiple payers with numerous and differing benefit plans. Adding to the complexity is that payer models differ across the nation and even within a particular state. Because of variability in reimbursable services between models, states, and benefit plans, it is difficult to give specific guidance other than encourage providers to investigate the plans that predominate in the population of patients they intend to serve.

Options for eligible providers are to develop specific contracts to cover the services provided with agreed-upon service billing codes, or to use a more general process of becoming a credentialed provider to submit service billing codes as an in-network provider. Under the general system, the commercial payers often use the Medical billing system because it is considered the industry standard.

Why is Experience and Expertise a Necessity in Pharmacy Billing? 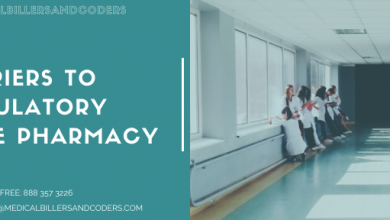 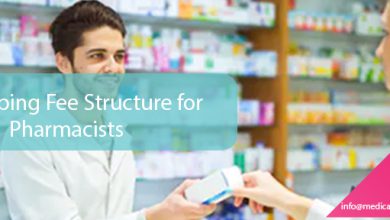