Account Receivable (AR) is one step that divides the reimbursement and claims; older the claim gets the harder it becomes for claims to get reimbursed. For a practice when AR slips below a certain level you either have a pretty large backlog to be sorted out, you can see that it becomes impossible to tackle the day’s run out without any futile results.   The major challenge is that in recent years the financial responsibility and medical care for patients have compounded but on the other hand, we see that widespread reach of more and more products through new health care insurance exchange has prompted higher deductibles or coinsurance for physicians.

As physicians cope up with unfamiliar issues with different insurance companies, the AR suffers dearly. Here are three factors you can look into to solve your AR pile-up mess.

The start point of addressing AR issues is the first step of Revenue Cycle Management (RCM)- verify patient data. “Verifying the insurance coverage and eligibility well in advance even before an appointment is booked in one step taking towards reimbursement.” said by Sonia Bains an AR manager with MBC in Florida. According to the recent data, we have received from our new clients 70 percent of denials happened because the practice failed initially verifies the insurance eligibility and patient coverage.

A third party website-payer or software built into the practice management can prove to be a saver for the practice answering questions like how much of the deductible has been used by the patient? Whether the policy has been suspended due to non-payment of premiums?

Checking this information can certainly save up loads of denials and appeals for your practice.

For physicians, it’s important to form the channel of documentation and coding. If physicians want to improve the coding as they deal with multiple settings during their practice tenure coding and documentation becomes one factor that will directly impact during the charge capture.

“The challenge becomes complex as physicians increase the area of expertise. The documentation becomes an important task with even on various cases when evidence of fraudulent billing. The need of documented billing has helped improve the account receivable by many folds. ” said by Insurance manager Reeves Joy.

Collaboration between billers, physicians and other admin employees helps in faster claim submissions; typically every employ in the network own up their data. So the mistake, in turn, reduces the cash flow, an outsource medical billing company makes the process of documentation and charge capture systemized.

Typically when a physician hires an offshore billing agency they know that a practice or patient care falls under the total control of them while an offshore team will typically look after billing part; both will be a coordinated promotion of Account Receivable. To know more about our offshore billing agency click here : medicalbillersandcoders.com or call us on – 888-357-3226. 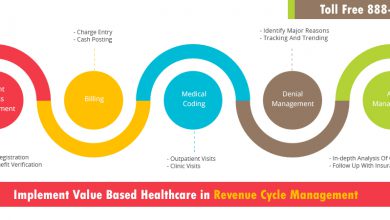