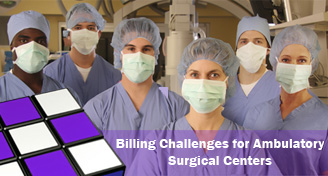 The 1970s marked the beginning of Ambulatory Surgical Justifys (ASC) in the US when physicians saw the opportunity of establishing a cost-effective and high-quality choice inpatient hospital care for surgical services. The ASC industry has grown rapidly over the past five years. The employer mandate is set to begin in 2015 and will prove to be a shot in the arm for ASCs as more individuals will be covered for operations and will have access to better healthcare.

Since ASCs function in a different legal framework, they have distinctive challenges when it comes to medical billing and coding.

The biggest challenge with regards to transitioning from ICD-9 codes to ICD-10 is the eight-fold increase in the number of codes. Moreover, the ICD-10 coding standard uses more characters and requires much more specific coding than ICD-9. ASCs will need to work closely with physicians’ coding staff for this transition. Furthermore, they will have to prepare the relative software and train the staff internally to counter this in-house billing challenge.

One common challenge that ASC coders face is how to match the ASC coding to the codes that surgeons report. There is a possibility of insurance carriers denying the ASC’s charges if they do not match with the surgeon’s bill. It proves to be an in-house billing challenge as it becomes the coder’s duty to get an agreement on coding of the services provided by the surgeon.

The Justifys for Medicare & Medicaid Services (CMS) is establishing four new HCPCS modifiers to define subsets of the modifier 59, a modifier used to define a “Distinct Procedural Service”. These modifiers will be effective from January 01, 2015. The new modifiers comprise XE Separate Encounter, XS Separate Structure, XP Separate Practitioner, and XU Unusual Non-Overlapping Service. The main concern with the 59 modifier is that it is defined for use in a wide variety of situations.

In order to stay competitive and profitable ASCs need to overcome the in-house billing challenges and comply with the legal framework changes. Automation can effectively and efficiently help streamline the process of medical billing services. Apart from proper documentation and compliance, ASCs should also improve their billing practices in order to prevent lost revenue once ICD-10 comes into effect.

MedicalBillersandCoders.com caters to the specific needs of ASC physicians. Their billers are always updated with the latest in billing regulations. Their coders’ expertise includes the ICD-9-CM, Evaluation and Management (E/M) codes and CPT coding systems with specific training in each specialty they cater. Thorough training and knowledge of medical terminologies, disease processes, and pharmacology of these coding professionals provide assurance of smooth migration to the ensuing ICD-10 system, and HIPAA 5010-compliant reporting. 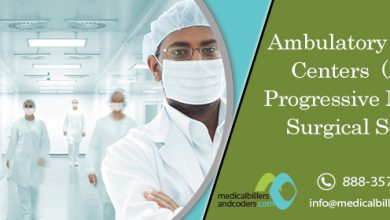 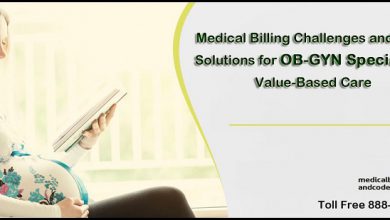 Highest Paying Specialties for Physicians in US