Modifiers are two-digit symbols added to CPT procedure codes to signify the procedure has been altered in some way. Modifiers are accepted by Medicare and most other payers, however, using modifiers correctly can be confusing, since not all payers want modifiers used the same way.

Not using Modifiers according to each payer’s specifications can cause unnecessary denials or cause claims to not pay properly. Certain Modifiers are for use because the patient had to return to the OR for another procedure the same day or close to the time another procedure was performed in your facility – which is referred to as the “Global Period” or “Postoperative Period.”

Medicare defines the ASC facility’s Global Period to be 24 hours from the time the first procedure begins – it is NOT 10 or 90 days like the physician’s Global Period might be. However, some payers other than Medicare might consider the Global Period to be 48 – 72 hours for ASC facilities. Some Modifiers are for use by physician practices only, some for use on facility claims only, and some are for use by both provider types. In this article, we have discussed correct use of modifier 50 in ASC billing.

Do not mix methods or modifier types. Never use the -RT/-LT Modifiers on the same code listed on the claim as one line item. Billing with one line item can only be done using the -50 Modifier (which is not accepted by Medicare). Do not mix the -50 Modifier with –RT or –LT Modifiers. Do not use Bilateral Modifiers on those CPT codes with verbiage describing procedures as “Bilateral” or “Unilateral or Bilateral”.

If you experience denials using either of the above methods on your Medicare claims, try using the –RT and –LT Modifier method

The other methods for billing Bilateral Procedures to payors other than Medicare include the following:

As of January 1, 2020, you will no longer be able to report modifier 50 with add-on codes. It is extremely important to append the appropriate -RT and -LT Anatomic Modifiers to CPT codes on claims, when needed (e.g., Orthopedic, Podiatry, and Ophthalmology services). When a patient has a bilateral problem (such as Bunions on both feet or Cataracts on both eyes), the surgeries to correct the problem may be done one side at a time, with the patient returning months later for the repeat procedure on the other side.

If the claim for the first surgery is submitted without the appropriate –LT or –RT Modifier, many times when the payer receives the claim for the second surgery, they will deny it as a Duplicate claim. It saves a great deal of time, energy and money to append the appropriate Modifier to the code filed the first time through, to avoid these types of unnecessary denials.

Add-on codes describe services that are always performed in conjunction with a primary service by the same provider in the same encounter or patient session. The only exception to this is for reporting critical care services (99291 and 99292), which may be reported by another provider within the same group practice at different encounter sessions on the same date.

The Medicare Physician Fee Schedule (MPFS) identifies the global periods for add-on codes with indicator ZZZ, which means they have the same global period as the primary procedure they are reported with. Reporting modifier 50 for eligible add-on codes has been a common practice until now. Effective January 1, 2020, all add-on codes will no longer be eligible for modifier 50 due to changes in the CPT codebook. The only way to report these services now will be to use both modifier RT and modifier LT on separate lines as seen in the following example:

Expert coders with experience at ambulatory surgery centers analyze the nuances that make coding at these institutions unique. Few in the healthcare field would argue that coding is uniquely specialized. One particular specialization that could be tagged as a subspecialty of the profession is the ambulatory surgery center (ASC), coder. Because it’s considered a niche within the coding profession, finding coders with the base knowledge to survive in such a setting is not always easy. ASCs require coding practices that are different than their hospital and physician office counterparts. 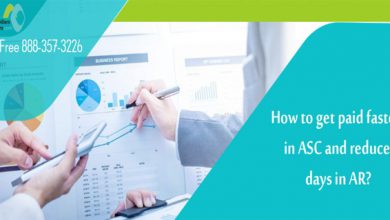 How Your AR Determines Your Ambulatory Surgery Center’s Financial Future 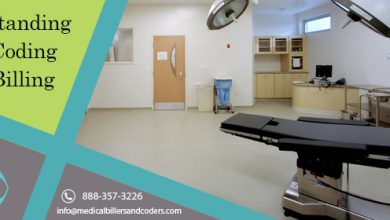