Improper use of Modifiers for Podiatry Services can be the cause of claim denials just as not using a modifier can be. When using modifiers, make sure you clearly understand what the modifier entails. Sometimes, there are related services that the physician is performing, global periods to contend with, etc. Modifiers will clarify extenuating circumstances, which should allow for payment when they otherwise may not.

If the insurance company denies a claim and you rebill it by simply choosing another modifier and hoping that is the correct one, this will usually end up creating additional problems. Insurance companies may have a time limit as to how long you can file an appeal. If you continually rebill incorrectly, then by the time you send in the claims and subsequently get denied again, you may run yourself out of the appeal window. The appeal window generally starts when you submit the initial claim. Medicare explanation of medical benefits (EOMBs) will indicate whether you can appeal a claim rather than rebilling, depending on the error.

There are three specific evaluation and management (E/M) modifiers. These are the -24, -25, and -57 modifiers. Only use these modifiers with E/M services. If you append them to any other service such as a diagnostic study or procedure, the carrier will automatically deny your claim.

Modifiers for Podiatry Services are:

Significant, Separately Identifiable Evaluation and Management Service by the same physician on the same day. When a minor surgery (0 days or 10 days global period) was performed on the same day along with E&M service then append modifier 25 to the E&M procedure code. The -25 modifier is the most confusing and most audited modifier. Use this modifier when the E/M service is “significant and separately identifiable” from the procedure you are performing on the same day. Those terms are vague and liable to subjective interpretation on the part of the insurance carrier. Your best defense in an audit and the basis for appeal is rock-solid documentation of the patient history, the examination you performed, and the resultant decision-making. It is not proper to bill an E/M service every time you perform a procedure as some sort of a baseline office fee. Excessive use of this modifier will flag you for an audit.

Other modifiers that can cause confusion are whether to use an RT or LT modifier versus the –50 modifier when rendering bilateral services. Incorrectly selecting the wrong modifier will result in the claim being denied. Unfortunately, there is no rhyme or reason as to when to use the RT/LT modifiers versus the -50 modifier. The best course of action is to check the Correct Coding Initiative edits, which are available on the Centers for Medicare and Medicaid Services (CMS) website or in a podiatry-focused resource such as the American Podiatric Medical Association (APMA) Coding Resource Center. This will tell you whether that specific CPT code requires a single line billed with the -50 modifier or if you need to bill two separate lines with the RT and LT modifier.

As a rule, do not use the -51 modifier especially for Medicare claims. This seems to kick out claims automatically. The -51 modifier simply states that multiple procedures are happening at the same visit. Most of the insurance company software will already take that into account when processing your claim and reduce payment on the secondary billing lines.

Use T codes to differentiate billing for separate digits. T codes are digital codes and are for services digital to the metatarsophalangeal joint. Accordingly, do not use a TA modifier when performing bunion surgery. Use T codes to separate surgery performed on multiple toes. If you only operate on a single toe, then there is no need to use a T modifier.

In Podiatry billing, there is always a challenge to making sure the evaluation and management codes are applied properly along with correct Modifiers for Podiatry Services. Medical Billers and Coders (MBC) have experienced podiatry billing experts who remain on top of these billing updates all the time. This allows us to submit a clean claim the first time, which improves timely claim processing. In addition, when claims are denied by an insurance carrier, we have the ability to quickly review and have those claims immediately reprocessed. Medical Billers and Coders (MBC) is a premier provider of healthcare revenue cycle management services providing quality services along with cost reduction. Contact us at 888-357-3226 or Email us at info@medicalbillersandcoders.com to know more about our Podiatry medical billing and coding services. 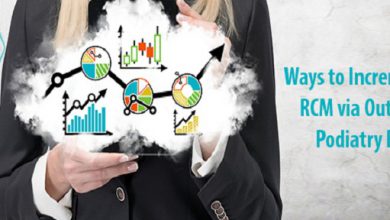 Ways to Increment your RCM via Outsourced Podiatry Medical Billing 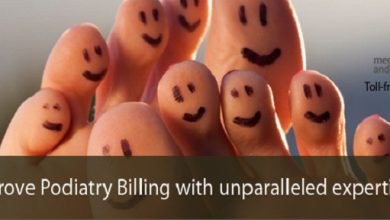 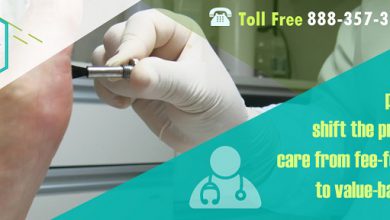 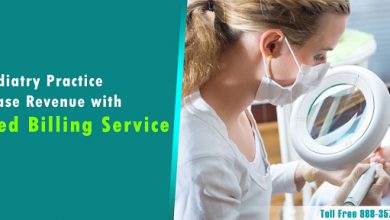