Rules for Medicare and Medicaid may differ with states and it is beneficial to know the differences.

Although Medicare and Medicaid sound almost the same, they are quite different from each other. Medicare is meant for seniors who have crossed the age of 65, though younger people with certain disabilities are eligible as well. Medicaid, on the other hand, is a government-sponsored program meant for all Americans, irrespective of age. It is good to know who qualifies for what in vision care.

With Medicaid, different states have different frequency limits for undergoing refractive exams for prescribing eyeglasses. While one state may allow 1 refractive exam every 3 years, there are some that allow 1 each year. Some states like Arizona limit the services to only emergency cases in eye care, and vision exams are conducted only after cataract surgery. With Medicaid billing, the reimbursement methodology is usually on the fee for service basis. In some states, it is a fee for service with a few services paying up to 90% of the physicians’ fee. There are yet some other exceptions like Delaware where routine vision care is not covered.

The benefits would depend on specific diagnoses and subsequent treatment of eye problems. In Florida, an eye exam under Medicaid vision care can be availed only for detecting any disease in the eye, or some vision problem that may exist. In Georgia Optometry billing under Medicaid includes diagnosis and treatment of eye ailments that are permitted under the law. An ophthalmologist may order follow-up care post-cataract surgery. Medicaid also covers treatment that becomes necessary due to any chronic conditions the patient may be suffering.

For people covered by Medicare, the vision care benefits would depend on the plan they have opted for. Some plans do not cover vision care; hence it makes sense to go through the plan before deciding which one to choose. Medicare Part A being hospital insurance covers vision care, provided vision turns out to be a medical problem, which includes injury or other such emergencies when the patient needs to be hospitalized.

However, Medicare billing does not include coverage of routine eye exams and refractions. Unless patients have some other form of coverage, they can’t help but pay 100% of all costs. While Medicare Part A is hospital insurance, Medicare Part B is medical insurance where coverage is extended to some specified vision care, though routine vision exams are not covered. With Optometry billing under Medicare, a patient is never covered for any form of vision correction, which includes eyeglasses or contact lenses, as the case may be.

Vision correction post-cataract surgery is one exception, though eye refractions are not covered. Under Medicare Part B a person is entitled for glaucoma screenings every year, provided they come under the high-risk category. This includes people with glaucoma that is hereditary, African Americans above the age of 50, diabetics, and Hispanic Americans over the age of 65. Yearly vision screenings may be conducted only by vision-care specialists with state approval.

Cataract surgery is also covered under Medicare Part B, including the cost of an artificial lens, in case the lens affected by cataract need to be replaced. Patients who require eye prostheses due to any birth defects or shrinkage caused due to trauma are also covered under Medicare Part B. Polishing and resurfacing of such prostheses are allowed twice in a year under this coverage. Part C of Medicare, otherwise known as Medicare advantage lets you use alternative ways to avail Original Medicare benefits.

Thus, it is wise to know the differences between Medicare and Medicaid which will determine the bottom line of your practice.

Do not Miss our Exciting Thanksgiving Offers! 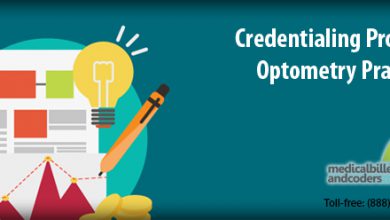 Process of Credentialing for Optometry Practices 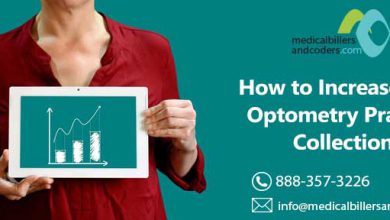 How to Increase Your Optometry Practice Collection? 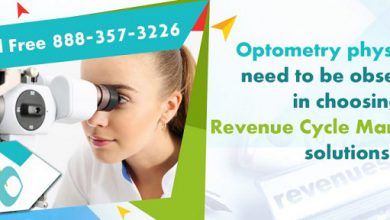