Ambulance medical billing has been under the lens of Medicare for a very long time due to the fabrication of medical charges and unreasonable billing rates for the patients during an emergency. In September 2015, a report was released by the Office of Inspector General (OIG) after studying Medicare Part B Ambulance claims. The report clearly stated that almost 20 percent of ambulance providers have inappropriate methods and questionable billing for ambulance transport.

The Medicare is worried if the gaping holes in the system can be identified and used to exploit the opportunity. The OIG identified few key points,

Though each of the points remain to be evaluated based on the patient health, transport facilities available in the region and also demand for specialized care in case of emergency.

Emergency vehicle administrations are secured under Medicare Part B when outfitted to a Medicare recipient under the conditions recorded beneath. Real transportation of the recipient happens. Recipient transported to a suitable destination.

Transportation by Ambulance vehicle must be therapeutically important, i.e., the recipient’s medicinal condition is with the end goal that different types of transportation are restoratively contraindicated. Ambulance Transportation supplier/provider meets all pertinent vehicles, staffing, charging, and revealing prerequisites. The transportation isn’t viewed as a major aspect of a Part An administration.

Ambulance billing companies across the nation need to evaluate their billing procedures before they can control the billing cycles. Below we give you an overview of Ambulance Transportation Billing,

You must report the appropriate type of bill. The most common TOBs for ambulance services are:

Report condition code B2 if you meet the CAH 35 mile run.

Report value code 32 with the number of patients transported when transporting more than one patient at a time to the same destination.

Report value code A0 along with the zip code identifying the point of pick-up.

Report revenue code 0540 on the claim for ambulance services.

Report the most appropriate modifier in the claim. Also, the required documentation should be maintained before sending in the claim.

You must report the date of service on each revenue code line.

Report the number of loaded miles with HCPCs codes A0425, A0435 or A0436 (mileage must be reported as fractional units). You may round up/down to one decimal place.

The above offers an overview towards the claim filing documentation and requirements that can be evaluated. Each procedure and steps need to be further studied before they can breakdown for the better procedural task for medical billing.

Medical Billers and Coders (MBC) a medical billing and coding company have channelized the Ambulance Billing for more than 80 facilities across United States (US).  With trained medical coders and billers we have evaluated the situational medical billing for ambulance transportation that’s causing losses for the facilities. 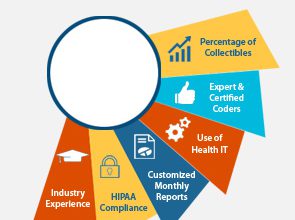 Let ICD-10 have Positive Effects on your Practice