Providing people with health insurance improves access to care by reducing financial barriers, which are most evident at the point of care — that is when people try to get health care services.

For decades, government plans such as Medicare and Medicaid have typically paid doctors and hospitals less than private plans, and even less than the actual costs of the services in some cases. Health care providers covered their losses by raising prices to patients with private insurance.

This “cost-shifting” contributed to increases in the costs of employer and individual health insurance plans. As private health insurance became prohibitively expensive for many Americans, more became uninsured or covered by government plans. And as more participants in government plans strained state and federal budgets, the gap between payouts from Medicaid vs. private insurers became even larger.

Clearly, hospitals and private medical practices in states that expanded Medicaid saw a significant increase in Medicaid revenue, along with decreases in uncompensated care. This translated into improved profit margins compared to hospitals in states without the Medicaid expansion.

With many of the patients not having had access to regular care before, they are more likely to have untreated chronic conditions.

For physicians, expansion means fewer uninsured patients. That translates to reducing the volume of uncompensated care and uncollectible accounts. In states that refused to expand, many citizens will continue to be in the gap of the uninsured because they fall below the income level required to purchase coverage through Obamacare’s marketplaces, but they do not qualify for Medicaid. As a result, physicians and hospitals will continue to absorb the uncompensated costs. This means physicians and hospitals in Colorado have fewer uninsured patients overall.

Additionally, the preventive services expansion alone can potentially stave off serious complications that could increase the cost of uncompensated care even more if left untreated. It is the state’s hope that physicians who previously did not accept Medicaid will now start doing so.

The Medicaid expansion portion of the Affordable Care Act calls for coverage of individuals up to 130 % of the poverty level, or an additional 15 million Americans, starting in 2014. In return, the federal government would pick up all healthcare costs for the first few years, and 90 percent of expenses after that.

Originally, the law mandated that states that did not adopt the Medicaid expansion would no longer be eligible to receive any Medicaid funding at all. But with the High Court’s decision to let states decide whether to accept additional funding to expand their existent Medicaid programs, the future of healthcare coverage for the lowest-income citizens is no longer clear cut.

Already, governors in a number of conservative-leaning states including Kansas, Nebraska, and South Carolina have said they would have trouble affording any additional costs even if the federal government picks up the bulk of the tab. Others have vowed never to participate in the program. Democratic congressional leaders, meanwhile, have issued press releases adopting the merits of expanded Medicaid coverage.

It seemed pretty confident that all states, eventually, would accept benefits and terms of the Medicaid expansion the same way all states came around to enrolling in the original Medicaid program unveiled as part of the Social Security Act of 1965.

Still, so many questions remain as to how this will play out for physician practices over the next several years. Will practices whose physicians already treat Medicaid patients see their profits fall because reimbursements for these patients are lower than for patients with Medicare or third-party insurers? Or will the influx of new patients give fledgling practices a financial boost?

The practices in every state should brace themselves for the potential for an increase in patients by making sure their existing technology is robust enough to handle the volume. 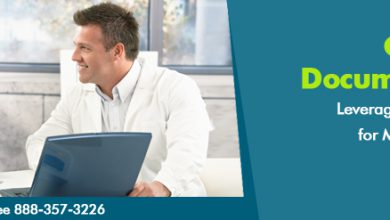 Why are US Hospital Costs Higher than those in Canada and Scotland?