The modifier 58 is defined by CPT as “staged or related procedure or service by the same physician during the post-operative period.” It may be necessary to indicate that the performance of a procedure or service during the postoperative period was a) planned or anticipated (staged); b) more extensive than the original procedure, or c) for therapy following a surgical procedure. This circumstance may be reported by adding modifier 58 to the staged or related procedure.

Services may not be “unrelated” to the procedure code creating the postoperative global period and also “related” to another procedure code performed by the same physician during that same original surgical session.

Some people think that the physician has to specifically state planned stages in order for a procedure to qualify for the 58 modifier. This is not the case. The subsequent procedure can be within a stated plan of care, or it can be implied, executing a more extensive procedure because the original procedure did not achieve the desired outcome as planned.

The problem comes from ambiguity in the definition of modifier 58 and 78. Modifiers 79 and (to a lesser extent) 59 compound the problem. There’s even justified confusion involving modifier 24. Using the wrong modifier can mean denied claims. Worse, most of the information currently available on the internet doesn’t exactly clarify the problem. Reviewing examples can be particularly helpful with ambiguous modifiers like this one. Here are some situations when modifier 58 would apply.

A patient undergoes an excision to remove a malignant lesion from his skin. This procedure includes a 10-day global period, and the surgeon plans to perform the closure on the 9th day. In this case, append modifier 58 to the closure code since it was a subsequent procedure related to the original procedure, and performed within the global period.

Another example of when to use modifier 58 would be if a patient had a removal of a breast lesion (CPT 19120) followed in less than 90 days by the removal of the entire breast (CPT 19307). Bill CPT 19307-58 for the second procedure. Another postoperative period begins when the second procedure in the series is billed.

Let ICD-10 have Positive Effects on your Practice

Prepare Your Cardiology Practice With These Key Cardiology Coding Guidelines

How can outsourcing help you Deal with Shortage of Trained Medical Billers and Coders? 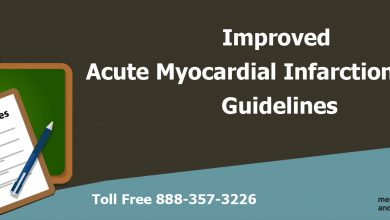