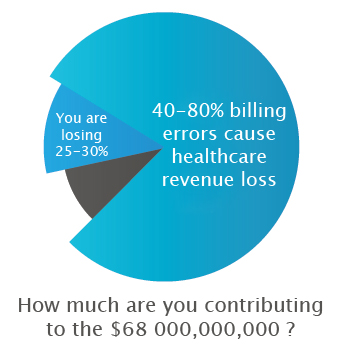 Miscommunication between the healthcare providers and coding professionals is one of the major reasons behind improper medical billing. The billing system in US has turned complex due to its Affordable Care Act (ACA). With more Americans heading towards insurance coverage in 2014, the possibility of errors has increased.

Why is Medical Billing a Complex Task for Practices?

Providers attend around 20 patients in one day, which makes it 400 patients in a month. They have to ensure that the data for each patient is entered correctly for successful billing. Physicians also have to deal with denials, overdue payments, deductibles which add up to the workload, creating room for errors. Due to lack of time, money and resources, they are unable to hire or train billers and coders or monitor the progress of their billing department.

To ensure timely payments, they hire billing companies like MedicalBillersandCoders.com. MBC has the largest team of coders and billers who are proficient in medical billing and coding for practices across the US. By outsourcing their billing requirements, physicians get the time to concentrate on provision of quality patient care.

Hospitals across the US use universal billing system for charging insurers and patients. This system doesn’t provide a bill with an itemized list of expenses. Only lump sums under particular headings are mentioned on the bill due to which it becomes difficult to notice billing mistakes.

According to the Director of American Medical Billing Association in Oklahoma, insurance companies don’t seek an itemized bill from providers unless it is $10,000 or more. Consumers must request for an itemized bill or else they won’t know the miscellaneous charges that made up that one fee. Combing over itemized bills can help spot unwarranted or duplicate charges. Some of the common errors include doctor visits or tests that didn’t occur, longer stays in a hospital, duplicate charges that should be included in the hospital room bill.

Another way for patients to spot errors is to review their benefits or explanation of Explanation of Benefits (EOB) for the insurer. Consumers receive an EOB from the insurance providers. It is a document explaining what was charged to the company and what all are covered. The doctor’s bill and EOB should match. Consumers need to contact the doctor, hospital or insurance provider as soon as they spot a mistake in their bill.

Outsourcing is considered a more profitable option as compared to maintaining an in-house billing department. Billing companies have experienced teams that perform error-free coding, timely claims submission, follow-ups with insurance companies and effective denial management. This brings down the risk of billing errors and helps maximize revenue for practices.