To be fair, all the changes are not financially negative in nature, the postponement of Medicare cuts by Congress being a point in case. But what is leaving internal medicine practitioners perplexed is the sheer range of regulations, the exceptions, and finally the uncertainty about when a change will come into effect and another will stop being in effect.

For example, Congress deferred implementation of Medicare payment cuts to 31st Dec. 2013, but they left Medicare vulnerable to two percent cut across the board. This explains how a single regulatory change has two contradicting aspects: relief from payment cuts until 2013 Dec. but a possibility of a two percent Medicare cut across boards – all at once. Among other things, these contradictions are leaving internal medicine practitioners confused preventing them from acquiring a clear view of the regulatory changes brought in 2013 and affecting their reimbursement outcomes.

Additionally, the points below will highlight some key changes in regulations as well as indicate their wide-ranging impact on billing and coding and revenues:

2013 regulatory changes have affected internal medicine practitioners more than other specialties because there is a huge swathe of independent internal medicine practitioners who handle their billing and coding without the aid of professional billers and coders. To handle the situation and minimize its impact, internists have to make sure that their billing and coding activities remain in compliance with changed rules and they leverage increases in payment rates instead of falling foul of changed regulations resulting in rejected claims.

In 2003, MBC has helped a number of internal medicine practitioners to suitably face the challenges of changed regulations either by strengthening their internal operations or by handling their complete billing and coding responsibilities.

MBC can strengthen your revenue management system by putting it through a thorough assessment and ensuring that there is sound coordination between various components of healthcare facilitating smooth flow of medical data. Medicalbillerandcoders.com, the largest consortium of billers and coders in the US, has also been helping several small to medium size healthcare providers with its outsourcing services handling the entire range of activities involved in billing and coding starting from preparation of claims through submission to post-submission follow-ups. 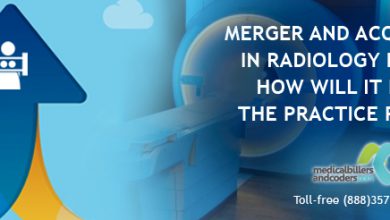 Merger and Acquisitions in Radiology Practice – How Will It Impact The Practice Revenue?

Importance of Medical Billing and Coding for Physicians