Physicians are likely to face another cut in Medicare reimbursements of 27% in 2012, in a scenario where doctors state that insurers regularly underpay or flat out deny, as a matter of course, legitimate health insurance claims worth billions of dollars each year.

According to American Association for Justice (AAJ) the US insurance industry is in dire need of reform, with various insurance companies, doing everything to maximize their proﬁts and rid themselves of claims. Physicians have suffered from unfair reimbursements due to a conflict-ridden system that has been owned, operated, and manipulated by the health insurance industry.

In an unfair reimbursements case filed against healthcare insurance carrier UnitedHealth Group, Ingenix a research firm owned by UnitedHealth was under investigation. The suit alleged a conspiracy to lower health insurance reimbursements when patients see a doctor outside their provider network. Companies such as Ingenix use technology to reduce the money insurance companies’ pay out to doctors. UnitedHealth Group reached a settlement with the New York Attorney General’s office and agreed to pay $50 million to reform the way it determines these reimbursements.

Counteracting trends like usage of technology to reduce payments and encouraging better claim reviews by insurers is a possibility. Medical billers and coders can fight this ongoing battle and get paid by the insurance carrier.

Medical billers and coders can not only efficiently interact with insurance providers and master the battle but also keep up with health care IT reforms and comply with HIPAA guidelines. Physicians and hospitals need to gear up and face the reimbursement challenge.

Medicalbillersandcoders.com the largest consortium of experts who help Medical Billers and Coders master the reimbursement battle against payers. The techniques and practical exposure that MBC provides helps billers have better collections in this job as well as procure better career opportunities. 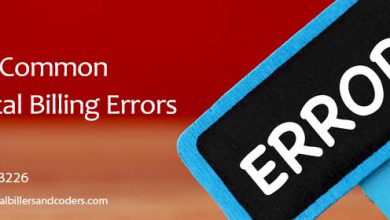 Exodus to Hospital-Based Employment and its Effect on Healthcare Industry

Surviving Technical Challenges of ICD-10 with a Medical Billing Partner