Some women will wait until they are over 40 years of age to begin thinking about having children. This happens because they become busy with careers and relationships. They seem to forget that the odds of getting pregnant later in life are lower than when they were younger. Women who wait later in life to start a family may need additional help to become pregnant. Some women will need to use fertility treatments to get pregnant, but some may not need any help at all.

Older women are discovering that waiting may have some advantages. For instance, the older woman has her career established, which makes her more financially secure. A mature mother has had time to become better educated, which will help her to make good parenting decisions. A mother who is in her 40’s will be able to focus more on her child since she has had the extra time to enjoy life. She will have less financial pressures, less stress and a more established family home.

However, there are some disadvantages for a woman to wait until she is 40 or older to have a baby. One disadvantage is that it may be harder for her to get pregnant.According to Dr Michael Flynn, a woman’s egg supply decreases and ovulation becomes less frequent as she grows older, and the eggs that she does have are more likely to cause birth defects or miscarriages.For each year after the woman turns 40, her chances of becoming pregnant will decrease. In a recent study, it showed that 40 year old women who had been treated for infertility would have about a 25 percent chance of becoming pregnant with their own eggs. The 25 percent was reduced to ten percent by the time those women turned 43.

Another disadvantage is the risk entailed in the pregnancies. Older mothers are at a higher risk for problems in the pregnancy. For instance, they are more likely to develop high blood pressure, diabetes and other pregnancy complications. In addition, women over 40 are at a higher risk for delivering a premature baby or low birth weight baby. Because the man’s sperm and woman’s eggs deteriorate with age, there is a higher chance of a genetic birth defect such as Down Syndrome.

Some women may get pregnant in their 40’s and suffer no complications, and they will deliver healthy babies. However, over half of the women who are over the age of 40 will have fertility problems. In addition, the chances for a woman over 40 to deliver a healthy baby are reduced. Because of the higher risk involved in pregnancies for women over 40, women should receive good pregnancy care to prevent miscarriages, early births or birth defects. One out of every three births for women age 40 or over ends in a miscarriage. Therefore, you may want to consider starting a family before you turn 40.

Older women will need additional care during the pregnancy. They will undergo more tests to prevent health issues. Some tests might include testing for their cardiovascular health, for diabetes or for kidney problems. Even if the mother is in good health, her physical body will be carrying more weight, which can cause a strain on her heart, muscles and joints. Women in their 40’s should be concerned for their health as well as the baby’s health. For a successful pregnancy, the older mother should take good care of her health by seeking proper medical care during the pregnancy.

How Can Streamlined Billing Reduce Underpayment for OB GYN Practice?

Understanding the Complexities of OBGYN Billing 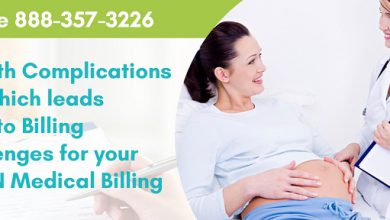