For Medicare, modifiers are 2-digit codes that are appended to procedural codes and HCPCS codes. These modifiers are used to give more details about the billed procedure. The addition of modifiers in a claim can directly impact payment. You can get a list of modifiers on the internet at any time where you will get modifier descriptions and instructions. Additionally, you also can get information on whether the modifier affects the Medicare payment or not. Modifiers distinguishing the spot of beginning and objective of the ambulance transportation should be submitted on all ambulance claims. The modifier is to be set close to the Health Care Procedure Coding System code billed.

QN modifier is the sub-category of HCPCS modifiers and acts in almost exactly the same way as CPT codes. CPT and HCPCS codes are not the same, in fact, that providers can regularly use modifiers from one code set to the other. The HCPCS modifier – LT, as an example, is regularly used in CPT codes when the provider needs to describe a bilateral procedure that was only carried out on one side of the body.

QN modifier is used for an Ambulance service provided directly by a provider of services. Generally, for ambulance services, a 1-digit modifier is combined to form a 2-digit modifier that indicates the first digit provides info about the ambulance’s place of origin, and the second digit provides info about the ambulance’s destination. Both QM and QN modifiers are effective for Medicare.

When and Where to use the QN modifier?

Let’s take an example where the patient is Asthmatic and he is having some breathing problem, he informed his problem physicians to seek help. The physician asked him to go straight to the emergency room. Now here, in the hospital, physicians have arranged transportation with the service provider to pick up the patient in an ambulance with a basic life support system.

Here in this example, patients have used ambulance services. Now, in order to code this procedure on a claim, you can look at the A-codes of HCPCS, where ambulances codes exist in. A0428 is there and labeled as for Ambulance Services, non-emergency transport, basic life support. Here you got the base HCPCS code.

But in this example physician has arranged ambulance transport with the help of the service provider. That means the ambulance provided by the healthcare provider so now we can add a modifier to give more details about this to the payer.

Coding with HCPCS modifiers will not always be as simple as this example, but that your medical coding staff or your partnered billing company should inform you that how these additions to the code set help you to code to the highest level of accuracy to get your deserve reimbursement from the insurance company in the first attempt.

That concludes this course on how to use the QN modifier. Like the other HCPCS code set, it is simple to get overwhelmed by the variety and number of options available to code.

We are catering to more than 40 specialties, Medical Billers and Coders (MBC) is proficient in handling services that range from revenue cycle management to ICD-10 testing solutions. The main goal of our organization is to assist physicians looking for billers and coders, at the same time help billing specialists looking for jobs, reach the right place. Get in touch with us now to outsource ambulance transportation billing services and discuss your project requirements with our professionals. 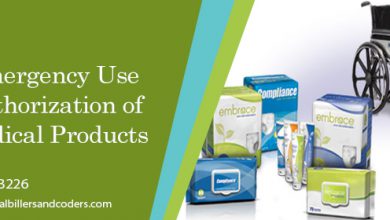 Emergency Use Authorization of Medical Products 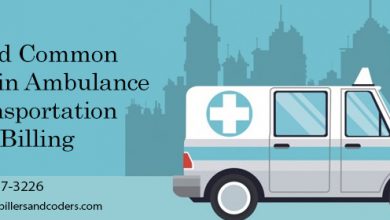 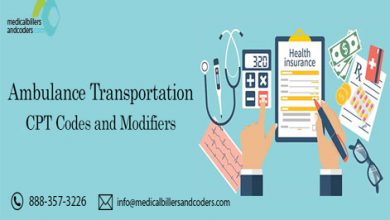