Surprise Medical Bill or Balance Bills account for the balance amount that results from the difference between what the insurer pays to the out-of-network provider and what the provider charges for the services. These bills are required to be paid by the patient themselves. Instances of surprise bills are common because sometimes the care that a patient receives is from a provider who is not enlisted in their health insurance plan (in-network) but the care that they received was at a facility which was an “in-network” facility. Most of the times, patient do not get to choose these care providers and therefore cannot know if they are covered by insurance or not.

Medical practices are under a lot of pressure from Insurers who tend to be stringent in reimbursement their services, especially so in case of out-of-network physicians. While some unscrupulous physicians try to get maximum from surprise billing to make up for the losses borne at reimbursement from insurers, there have been record cases of patients complaining against such surprise billing. In view of such reports, several states like California, Connecticut, Florida, and New York have enacted and passed laws against surprise medical billing. Only a person who is well versed at Surgical Medical Billing Services can help a surgical center sustain profitably. Do you think that your surgical center ready for surprise surgical medical billing law for your state? Find out here:

California Surprise Billing Law (AB 72) came into effect on July 1, 2017. It limits the amount that an out-of-network provider can charge from the patient at an in-network facility. It requires the patient to be billed the same cost-sharing amount that he or she would have paid if the service had been a contracted one. Moreover, the patient, as well as the provider, must be informed about the cost-sharing owed at the time of the payment. Apart from these special regulations apply to the collection of patient balances. A written notice informs the patient that this is not a bill and should not be paid until information from the insurer. If the out of network provider has charged more than due in-network amount, then it is to be refunded within 30 days otherwise interest will accrue. If the patient has a Plan that covers out-of-network services then an estimate of the costs are to be provided and a written consent must be taken.

Law governing surprise medical billing came into effect on July 1, 2016 in Connecticut. Often referred to as CT Public Act No.15-146, it protects consumers against surprise medical bills. It requires a website to be maintained and a phone number be provided by the Insurance companies to help patients with comparison of quality and price of services. In case of out-of-network provider, the patient must be notified in written about this including the estimate and that the onus lies on the patient. The law requires that patients be notified about the potential liability in case of facility fees for outpatient hospital services and a notice must be included that they their fees might have been less if the procedure had been performed at a facility not owned or operated by the hospital system.

FL HB 221 is the law governing medical billing which came into effect on July 1, 2016 in Florida. The law forbids an out-of-network provider from surprise billing members of a PPO or an EPO for covered emergency or non-emergency services. It also requires ER patient cost sharing to be same as it would have been if it had been an in-network service. The law recognizes balance billing as an unfair trade practices and frequent fall outs may attract legal action. It also has put into place a dispute resolution process to settle claim differences.

The state of Illinois too has enacted laws governing surprise medical billing on the lines of Florida and California. The patient pays the in-network rate and is protected from balance billing in case of out-of-network services and ER billing. There is a clause which requires prior intimation to the patient about the proposed reimbursement between insurance company, providers and his liability. There is also a provision of setting an arbitration process in case the two entities are not able to agree.

The New York bill for regulating surprise medical billing came into force on March 31, 2015. As stipulated in the law a bill is to be considered as surprise bill if the patient receives services at an in network facility from an out-of-network provider. Also, this happens when a participating doctor was not available, or a nonparticipating doctor provided services without informing patient and unforeseen circumstances came up at the time. Also a written consent is required from the patient after informing them about the intended estimate of the out-of-network providers. If as a doctor you are billing your patient and it might be a surprise bill, you are required to include an Assignment of Benefit Form. If the patient has signed it, he or she is liable to pay only the in-network cost sharing. In case of dispute, the matter is addressed through an independent dispute resolution process.

Presently, there is no law that neither prohibits balance billing nor stops it directly. There is a provision of mediation if the bill is for more than $500 and a complaint resolution process is also in place.

There is arbitration process to resolve disputes in case of medical billing.

The law is scheduled to come into force in 2019. Arizona State passed a law in 2017 which allows non-binding arbitration if a patient receives a balance bill for over $1000.

Certification Vs. Experience for Medical Billers and Coders 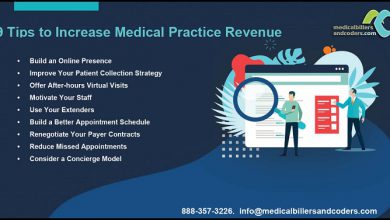 How to Increase Per-Patient Revenue Today? 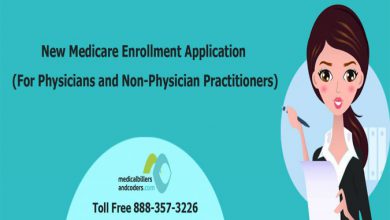 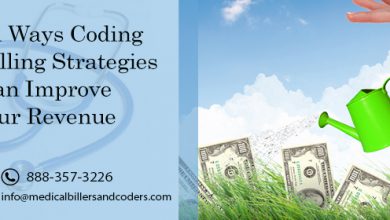 SEVEN WAYS CODING AND BILLING STRATEGIES CAN IMPROVE YOUR REVENUE