Indicating a departure from the volume based, fee-for-service model, MACRA now replaces the SGR – sustainable-growth-rate-formula to control Medicare costs. The MACRA rule is all about linking Medicare reimbursements to the quality metrics with the medical billers which will be now rewarded for offering value based quality services. MACRA revokes the set payment rates based on economic growth, which was the hallmark of SGR.

On April 27, 2017 CMS released a new proposed rulemaking for the MIPS and Advanced APM models. Physicians and the entire practice will now have an additional payment model. This makes it possible to determine the best model in terms of current performance.

After a payment model will be chosen, the physician will be responsible for determining how to organize themselves for biggest advantage with the choice they make. This requires an understanding of what’s required for success.

What providers and medical billers and coders need to know about the final MACRA rule is now MIPS will measure Medicare Part B providers in 4 varied categories. The providers will be scored on a scale from 1 to 100. Based on their score, providers will either get incentive, will be penalized, or remain neutral.

Who gets affected by the new rule of MACRA?

All providers, including mid-level practitioners, who have at least 100 Medicare patients or who bill Medicare at least $30,000 per year, will qualify for MACRA. If you are new to Medicare in 2017, you will not have to report next year. You can begin reporting between January 1st and October 2nd, but all reports are due by March 31, 2018. The first payment adjustments will begin in January 2019.

How a small practice participates in MACRA?

Small practices can join virtual groups to submit MIPS data collectively if they do not meet the minimum volume for participation. The rule assigns $20 million for education and training for practices of fewer than 15 physicians and those in under-served areas.

Ultimately, MACRA is going to require a great deal from practices. It’s a costly change that might not be able to be tackled by one physician or even within a single practice. More than likely, it’s going to lead to physicians beginning to team with other doctors. They may even join with an affiliating health system in order to take advantage of performance-based payment. As of the summer of 2016, doctors are collaborating to form clinically integrated networks, also known as CINs. A CIN is a group of physicians and health systems working together, and it’s going to be much more common as the year continues and even as the years pass. 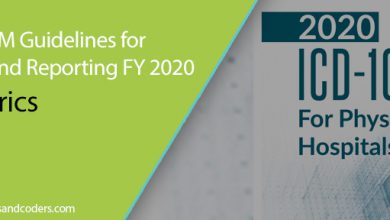