There are different types of Marketplace Healthcare Plan designed to meet different needs. Some types of plans restrict your provider choices or encourage you to get care from the plan’s network of doctors, hospitals, pharmacies, and other medical service providers. Others pay a greater share of costs for providers outside the plan’s network.

Recently, the American Health Care Act narrowly won the passage in the House, which many experts predict could transform the nation’s healthcare system and create a new slate of winners and losers.

It’s evident that the Senate will probably demand changes in the bill, if it becomes law in its current form, and shall proceed to repeal and replace large portions of the Affordable Care Act (Obamacare). It will overhaul the regulations and subsidies for people who buy their own healthcare coverage and include major cuts to the Medicaid program, which funds care for the needy and disabled.

Any notable change in the complex health care system has effects of people who are better or worse off. For some, insurance will become more affordable, or their taxes will be lower, others may lose out on health care coverage. The ongoing struggle between the federal government to stabilize the condition and make a smooth passage for the bill to pass is been observed by many, and only time will tell its impact on all the encompassing entities like healthcare organizations, insurances companies, services providers, medical billing and coding companies and the patients.

Current Events Related to the Bill

In the face of political opposition, the Senate Republican leaders said they would push for a showdown vote in the upcoming days on the legislation, which is coined by Senators Lindsey Graham of South Carolina and Bill Cassidy of Louisiana.

This scenario now puts Republican senators in a catch-22 situation, especially those whose states would lose money under a complicated formula in the bill. Usually, it would shift federal funds away from states that have been successful in expanding coverage to states where Republican leaders refused to expand Medicaid or encourage enrollment. Other Republican senators from Alaska, Arizona, Arkansas, Colorado, Ohio, and West Virginia will all have to decide whether to attend the pleas of consumers who like the current health law or yield to the will of Republican leaders, donors and voters who demand an end to the Affordable Care Act.

This has now put the spotlight not only on the three Republicans who tried to push away the repeal drive in July, who are Lisa Murkowski of Alaska, John McCain of Arizona and Susan Collins of Maine, but also on those who have been reluctantly supportive, who are Shelley Moore Capito of West Virginia, Cory Gardner of Colorado and Rob Portman of Ohio.

The Impacts of the New Healthcare Bill on:

This pushes people to save more money in tax-excluded health savings accounts, a change most useful to people with enough money to have savings.

Hospitals: Looking at the earlier version of the bill, the Congressional Budget Office had estimated that around 24 million individuals would have health insurance in the next eight to ten years. Some of those people would still have medical emergencies and require hospital care.

The condition with Obamacare was that it made substantial cuts in how much Medicare pays to the hospitals, on the concept that they would make up the difference with more paying customers. The Republican bill does not restore any of the Medicare cuts, and Hospitals in poor neighborhoods where a lot of people signed up for Medicaid would probably experience the biggest hit. 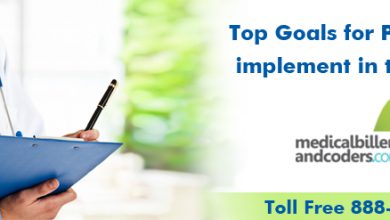 How to Overcome the Hurdles to Jumpstart your Own private medical practice? 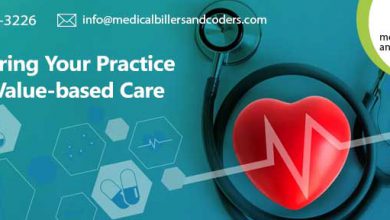 Preparing Your Practice for Value-Based Care