Accounts receivables (A/R) management is a vital element of revenues for physicians and forms a crucial part of a physician’s revenue because of the role of insurance companies and other similar entities in the whole revenue cycle process. There are several methods of managing accounts receivables and there are no common techniques of evaluating this aspect of a business.

One of the most sought after methods of calculating the A/R balances is utilizing a A/R aging schedule -by separating the ‘age’ of Accounts Receivables into “buckets “ from 0-30 days, 31-60 days old, 61-90 days old or 90 days and older. The most unwanted scenario would be where the A/R is 120 days old and this definitely means that a mistake has been committed either by the payer or the insurance company or during medical billing and coding. The chances of an error occurring or even deliberately made by an insurance company is one of the major factors that can cause such a delay in A/R and denied claims due to errors by insurance companies stands at almost 19% of all claims submitted.

The reluctance of insurance companies to pay is a factor that seems universal- however the key aspect is the efficiency of the medical billing and coding and how the back-office staff performs. A/R aging over 120 days is not uncommon and numerous hospitals, physicians and providers have at least 10% of their claims which have aged over 120 days. However, the dampener is that A/R over 120 days are usually not paid and the majority of these need to be written off.

The best method of ensuring 95-98% payment is to prevent the A/R or claims denied or pending to go over 90 days and this can only be done by following certain measures:

However all these factors may come together to pave the way for increased volume of medical billing that is expected in the near future due to government policies, heightening the need of a stand-alone entity that follows aggressive collection policies and does not commit any errors in claim submissions. Hence some physicians find prudence in opting for medical billing service which either charges a flat fee for their services including A/R, while some charge the physician or the provider only when remuneration is procured.

Medical billers and coders at Medicalbillersandcoders.com serving the healthcare industry for over a decade has been managing the entire Revenue Cycle of various physicians across diverse specialties and all 50 States. MBC’s billers and coders easily integrate all factors like- HIPAA compliance, up-to-date knowledge of the billing industry along with the support of extensive research that helps in providing services that are attuned to a healthy A/R which in turn saves the physician lost revenue due to lesser denials and delays in claim submission.

Reduce Coding Errors with Accuracy in Radiology Billing and Documentation 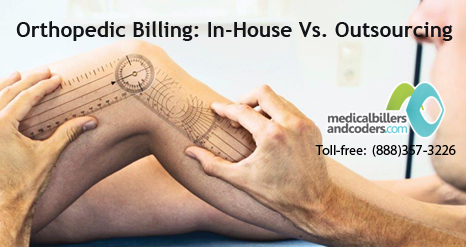