While coding note that, debridement is separately billable when it makes up a significant portion of the procedure. As per the CPT manual, debridement may be reported separately when one of the following occurs: prolonged cleansing, appreciable amounts of devitalized tissue are removed, and/or debridement is carried out without immediate primary closure.

Open fractures are those in which the bone and/or joint is exposed to the external environment or a fracture or dislocation caused by a blunt or penetrating force sufficient to disrupt or penetrate skin layers, subcutaneous tissue, muscle fascia/muscle, and bones or joints. Often the wound site is contaminated with foreign material (e.g., grass, twigs, dirt, oil, grass, gravel, etc) and bacteria. It may also involve the surrounding neurovascular structures, ligaments, and/or tendons, or involve dead or devitalized tissue, hemorrhaging, or swelling.

Debridement of an open fracture and/or dislocation is not accurately described with the 11042–11047 CPT codes. As mentioned earlier, open fractures have considerable contamination with foreign bodies and devitalized tissue. CPT codes 11010, 11011, and 11012 were revised to describe debridement at the site of an open fracture including removal of foreign material.

Above mentioned codes only report debridement of open fractures and dislocations. They should not be used to report minor debridement or the normal care that would be taken with an open fracture, such as minor excision of the wound edges (skin margin) necessary to close the defect. Open fracture debridement codes are used when foreign material (e.g., particulate matter, dirt, or gravel) is embedded into the tissue and around or at the fracture site and requires meticulous debridement.

The patient was in an automobile accident and sustained an open fracture of the left femur. On the day of the accident, the patient was brought to the OR, and the open fracture was debrided of all necrotic tissue and debris. Under fluoroscopic guidance, the surgeon was able to manipulate the bone to create an ample reduction. An external fixator device was used, and a dressing was applied to the open area. The open fracture of the femur is 27269, and the debridement would be 11010, along with a -59 modifier to bypass any edit.

Two days later, the patient was returned to OR and the dressing was removed. The surgeon examined the open fracture and irrigated the wound with saline. An area of 3 cm x 4 cm was dark. The subcutaneous tissue and skin were excised with a No. 15 blades to bleeding tissue. Some nonviable muscle tissue was also debrided. The area was then copiously irrigated, and a dressing was placed. Coding for the second debridement is 11011-58.

When multiple injuries occur, it may be necessary for the physician to perform multiple procedures to restore lost functioning. In such cases, you should accurately report all of the work involved. For that, you will require modifiers (-51, -58, -78). 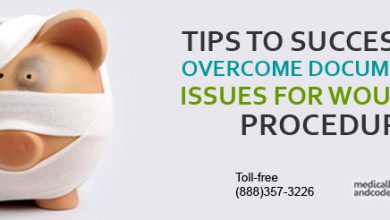 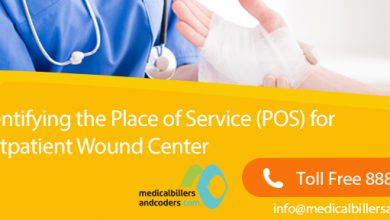 Identifying the Place of Service (POS) for Outpatient Wound Center 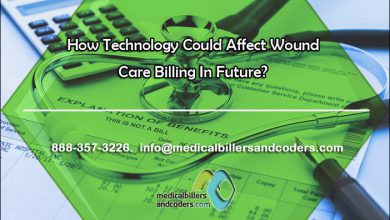 How Technology Could Affect Wound Care Billing In Future?