US physicians recently have been experiencing a gradual decrease in visits by privately insured patients younger than 65. IMS Institute for Healthcare Informatics, a health care research firm tracked an overall 4% drop in patient visits in 2011 compared with 2010, and Thomson Reuters Healthcare showed September physician office visits were down 8% compared with September 2010, while the patient population has only aged in these years.

Compared to 156 million physician visits by privately insured patients in second quarter of 2009, there has been a decline to 129 million visits in the second quarter of 2011, a fall of 17%, according to The Kaiser Family Foundation analysis, released on 15th November, last year.

According to Kaiser Researchers higher deductibles, co-pays and co-insurance increase the cost of care and their impact is magnified during current tough economic times with cost-conscious patients avoiding doctor visits. The Kaiser/HRET Annual Survey of Employer Health Benefits findings reveal the share of workers with a deductible of at least $1,000 grew from 18% in 2008 to 31% last year.

Director of the payer and provider practice at consulting firm McKinsey & Co. stated that only around 25% of the recent decline can be contributed to recession and slow economic growth, while the remaining 75% is due to the similar reasons such as higher costs to patients as cited earlier, hence the declining trend in doctor visits will rebound back gradually but probably not to its original number.

Physicians in the current scenario:

Around 32 million people are expected to be eligible for health insurance coverage in 2014, while patients groups between 55 to 64 years old are seeing an increase in their need for healthcare and are likely to spent more on insurance in the future, moreover the population of those older than 65 is growing. Hence even with an overall per-capita usage fall among people younger than 65, researchers expect physicians to be in demand.

Overall physicians need to take effective measures to educate themselves with all the healthcare benefits and be geared to tackle patients of all age groups beneficially, in this competitive environment and improve their core services of patient care and patient retention. A trend of outsourcing their non core functions like billing and coding and other related services has been steadily picking up. Under these circumstances physicians choose a billing consortium over billing companies to deal with updates, regulations and technology revolution all together at one go. Medicalbillersandcoders.com is supporting decisions pertaining to all the above with its huge network and expertise of billing and coding 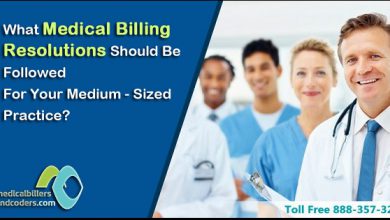 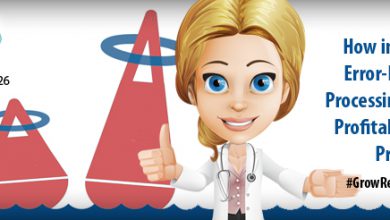 How Important is Error-Free Claims Processing to Improve Profitability of Your Practice?

Revenue Cycle Improvements for Physicians and Clinics: An Overview