The technological brilliance of 3D printing offers immense scope, especially for the wound care industry. Today 3D printing finds applications in several industries across the world as in the automobile industry, the prosthetic limb industry, and now researchers are delving into exploring possibilities of applying this latest technique in healthcare, and the focus is on wound care as well. There is no doubt that technology is set to take the wound care industry by storm in the near future.

There is a very good reason too, with over 6.3 million wounds occurring annually in the U.S. (according to data released by the National Ambulatory Medical Care Survey); though most of the treatment for the cases has been relying entirely on fiberglass casts until now. Recent advancements in 3D printing technology have helped new casts that are perfect. All that needs to be done is to have the wounded limb scanned for a suitable and customized cast to be built by the program, which will be conveniently printed and set over the injured area. Things will change accordingly with new wound care billing guidelines coming into force.

One problem with 3D printing is the prohibitive cost, though research is on and the day is not far away when it will become affordable by common folks. Even China is fast adopting this technology and doctors working at the Southwest Hospital in Chongqing are excited at the prospect of being able to use this latest technology, especially 3D printed skin, which will be a boon for burns patients.

The University of Oxford has revealed ambitious plans surrounding a new research program called OxSyBio which is focusing on 3D printing techniques that uses synthetic materials that are closest to muscle tissue, which will be a boon for wound healing, which wound care billing companies should take note of. These 3D printers will be to create synthetic tissues that will ultimately help with organ replace, and in some cases even successful replacement. So, what’s this substance made of?

This tissue-like synthetic material actually comprises millions of miniscule water droplets that get coated in an ultra-thin filmy layer that closely resembles a human cell’s membrane. At a later stage, the creators of this fantastic material propose to fuse these artificially printed tissues with the real muscle tissues, thus hastening the wound healing process. Although this sounds like coming right out of a Sci-Fi movie, it is likely to turn into a solid science fact very soon. Existing 3D printing technology is already greatly assisting in wound care, and payers are accepting payment requests from wound care billing and coding companies who are keeping up with the technology and using the appropriate codes while processing such bills.

This new technology promises possibilities where 3D printers will be used to deposit cells inside a wound as well as other applications like creating off kidney cells and creating artificial hip replacement implants. The advantage that patients and wound care billing companies will get to enjoy is the drastic reduction in spending by the drug companies, thus pushing down the cost of medicines. Simultaneously, users get instant relief from traumatic wounds with 3D printer set to scale new heights in wound care and healing. 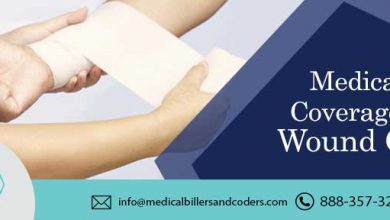 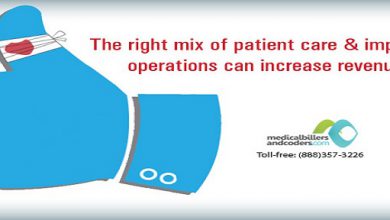