It is an irony that Medicare and Medicaid, which reimburse more than the half of the nation’s total health insurance, have come in for heavy flak by physicians, who claim to have lost considerable revenues that they could otherwise have rightfully earned had they avoided seeing Medicare and Medicaid beneficiaries and favored patients with private health insurance policies. The problem seems to originate from the sustainable growth rate (SGR) formula that has been proved unscientific against exponential growth in public health care beneficiaries and medical cost associated. Thus, physicians have constantly been put to Medicare and Medicaid cuts. And with Affordable Care Act recommending inclusion of millions of uninsured and baby boomers into the fold, physicians may get highly selective in admitting Medicare and Medicaid beneficiaries in an effort to save themselves from being affected with rather discouraging payments rates.

As a matter of fact these two popular government health schemes have been woefully behind payment rates offered by private insurance carriers. As a result, there has considerable shift in insurance pattern, which has resulted in escalation of the private health insurance cost by as much as 25 to 30 percent during the last 5 years. While private insurance beneficiaries have been fetching providers appreciably revenues well over their operational costs, Medicare and Medicaid have seemingly been returning revenues well below the operational costs. To be precise, doctor or hospital receives 10% less in Medicare and Medicaid umbrella as against 20% more on every dollar spent as clinical and operational cost on patients. What is even more worrying is that physicians have consistently been undergoing Medicare cuts, which now threatens to erode physicians’ revenues by as much as 25%.

While the inclusion of 77 million baby boomers into the public insurance ambit may provide voluminous clinical opportunities to doctors, the proposed cut to Medicare spending by as much as $426 billion over the next decade could drastically spoil their revenue prospects. With reimbursements revenues expected to decrease even further, physicians or hospitals may not be inclined to seeing more of Medicare and Medicaid beneficiaries. Thus, they may have to substitute their portfolio with more and more private health insurance beneficiaries. While patients with private health insurance policies may be more lucrative, there would always be the risk of dealing with private insurance carriers, who are seemingly more vigilant and stricter when it comes to reimbursements. Given the challenges of private insurance reimbursement environment, it may require an external medical billing mediation to orchestrate the entire process of billing, submitting and realizing the claims to their fullest.

Medicalbillersandcoders.com has considerable experience in deploying medical billing resources as demanded by unique operational challenges. As providers shift their preference towards private health insurance beneficiaries, our nation-wide affiliation with medical billing specialists that are versatile enough to deal with heterogeneous payers should offer them the requisite leverage to manage their medical billing process as efficiently as possible. 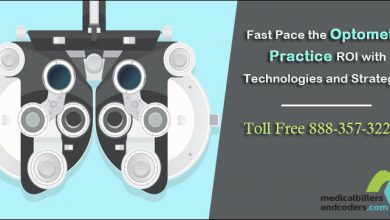 Fast Pace the Optometry Practice ROI with Technologies and Strategies

What are the Changes in “2014 Physician fee Schedule”, Medicare and its Modalities?

What Implication Will Reimbursement Cuts For 2013 Have on Radiology Collections?

Maintaining Profitability At Your Practice Amid Healthcare Reforms!