Durable medical equipment billing is the process by which insurance companies are charged for the services provided to their clients. And in order to achieve the complete reimbursement dollars billing codes that represent different aspects of the DME process are implemented.

When we talk about specialization consideration in DME suppliers’ one specialty that often crosses the supplier’s path is Orthopedics. Orthopedic facilities often provide patients with supplies, such as casts and canes, which are integral to patients’ treatment plans.

What DME supplies can be used for an orthopedic treatment and how to charge for them?

The Current Terminology Codes (CPT) published in the American Medical Association’s are used for professional DME coding. These codes are frequently known as Level I of the Healthcare Common Procedure Coding System (HCPCS). DME suppliers are categorized as Level II HCPCS codes and are recognizable by their alpha-numeric structure. Just like CPT codes, Level II HCPCS codes are restructured yearly, published in book form, and available in various commercial coding software products.

Under HCPCS II coding the DME category begins with orthopedic-applicable supplies like canes, crutches, and walkers. However, this also includes products and devices used in other clinical specialties, like continuous positive airway pressure (CPAP) devices, pacemakers, and electrical stimulators, such as bone healing osteogenesis stimulators and transcutaneous electrical joint stimulation among others.

In simple terms, durable medical equipment is the equipment used at home to faster heal the pain and give a better quality of living. But, it’s not just limited to prosthetics. Till recent developments, this kind of equipment was not included in most insurance providers policies but is now usually part. A good example of DME supplies is the cochlear implant, which is a device used to aid impaired people to be able to hear better. The updated code for this procedure according to the ICD-10-PCS is F0BZ09Z.

The ‘F’ here stands for the section of Physical Rehabilitation and Diagnostic Audiology. The ‘0’ specifies that the body system is rehabilitation. The ‘B’ is for the root operation is a cochlear implant treatment. The ‘Z denotes that there is no need to label a body part since one was already defined in the previous categories. The ‘0 means an open approach to implanting the device. ‘9’ signifies the use of cochlear implant equipment in the procedure, and again the ‘Z’ indicates that there is no need for a qualifier in this code.

Looking at other specialization, for example, if a patient were to undergo a hip replacement procedure after a car accident, then the code would be 0SR9019. However, the code for the equipment that the patient would need following his operation is a walker or a powered wheelchair, and this would be charged and coded differently.

If a patient needed a wheelchair, he/ she would be coded as Z99.3. This is one of the ICD-10’s diagnosis codes that resembles to different meanings and facets of the billing process. Even if the patient is wheelchair-bound for a temporary period, this code can be implemented. 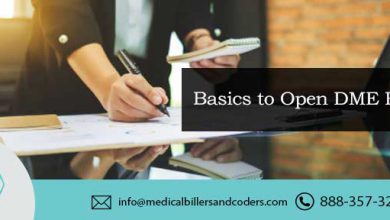 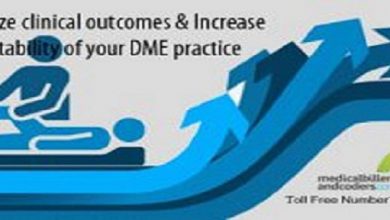 Maximize clinical outcomes and Increase profitability of your DME practice 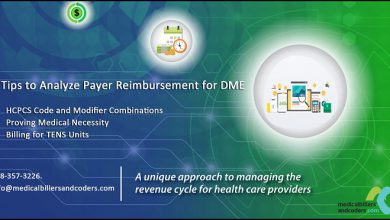 Is your Accounts Receivable (AR) in control for 2016?