The family practice medical service is all-encompassing and involves more than one field of medicine. Ideally, medical billers who work for family practice need to have extensive knowledge of diagnosis and procedure codes commonly used by the physician. This ensures that patients and insurance companies are billed correctly. It also guarantees that the physician receives maximum reimbursement for the service provided.

1. Neglect to verify their patient’s Insurance:

Very often medical billing claims get refused on the basic ground that the patient’s coverage has been terminated or may not be eligible for the date of service. Family physicians often take for granted that their regular patient, whose insurance had been verified initially, stands the same every time they come in. This may not always be the case.

Often family physicians are so occupied with putting their regular patients at ease that they tend to forget about filling the simplest and smallest of details right from the spelling of the patient’s name to whether the diagnosis code corresponds to the procedure being performed. This causes claim denials or at the very least delays in reimbursements

A majority of the time due to the hand-filled forms, misinterpretation of the family physician handwritten coding can lead to claim denials. Further, family physicians often fail to update their coding books, which can cause further delays in claim denials and their resubmissions. Also, due to upcoding, wherein a level of service or procedure has not been performed, but in order to collect a higher reimbursement, the procedure has been billed, can cause problems of fraud.

Chart audits are known to help track all parts of a claim and that they are billed correctly. Due to the “friendly atmosphere’ at the family physician’s clinic, often even if a procedure or test has been canceled, the filled forms go ahead, even though it could be a human error. This often gets physicians into cases of fraud, something that may not have intended to do. But often, due to unbundling, where services are billed separately instead of being billed under a single charge, and careless chart audits are conducted, can cost the practice dearly.

Medical billers working in physician’s offices often are not aware of the billing rules for services that Non-physician Practitioners (NPPs) perform. Also, awareness and understanding of the incident-to billing rules and shared visit regulations by physicians are very essential if and when hiring NPPs, as if not billed to Medicare then physicians can lose nearly 85% of the scheduled fee – a major loss of revenue that they cannot afford.

To help avoid such simple but expensive mistakes, it is wise that the billers and coders are thoroughly trained or look for a medical billing company that is updated with the latest of codes and regulations to help faster reimbursements and avoid fraudulent cases. Get in touch with us! 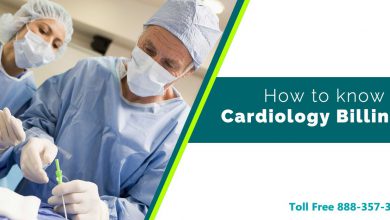 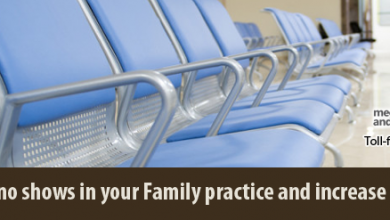 Reduce no shows in your Family practice and increase revenue 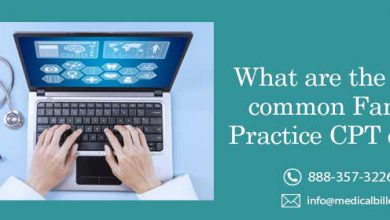 What are the Most Common Family Practice CPT codes?