The EHR adoption rates in the United States are definitely increasing and this fact is corroborated by a report released by the CDC (Centers for Disease Control and Prevention) which states that – “American Hospital Association’s Survey of IT adoption, 15.1 percent of acute care non-federal hospitals have adopted at least a “basic” EHR. Moreover, according to the report 24.9% of office-based physicians have implemented at least a “basic” EHR. This figure is twice what it was in 2008 depicting an increase in the adoption rates by almost 50% as far as office based physicians are concerned and this trend is observed in almost all health provider settings such as various hospitals and private practices. The survey also shows that 79% of intended applicants are in the process of preparation to apply for adoption in the year 2011 or in 2012.

Oregon, Georgia, and Washington among some others are some of the States that are leading in the adoption of EHRs due to this national trend. The data released by researchers from the Doctors Company gives a state wise adoption percentage of physicians in the country. According to the report, Forty-one percent of Oregon’s physicians have adopted electronic health records, following Oregon for physician adoption are Georgia at 39 percent, Florida at 37 percent, Washington at 35 percent and Virginia at 34 percent.

The repercussions of such increases in the adoption of EHRs in hospitals and by physicians are not just limited to positive outcomes related to the health of the population and the efficiency of the hospital, provider, or practice but also have an excellent impact on the revenue of providers. This is not just because of the increased work and thus revenue but also due to the incentives provided by the Government. The adoption of EHRs usually brings profits and revenues in the long run but it is not surprising that a certain period of time passes before you see positive financial outcomes. This is due to the fact that EHR adoption can be a little cumbersome, has a steep learning curve, and is being implemented for the first time on a national level.

The successful adoption of EHRs is only possible if all the processes involved in the delivery of healthcare are streamlined and integrated with EHRs. The other departmental processes have also undergone changes and the staff also has to learn these new IT innovations in the industry for increasing the revenue of providers. With new polices implemented by the government concerning not just insurance but also medical billing and coding and such other processes, reform is seen in all processes involved in the ”back-office” functions.

Changes need to be taken place in many processes such as revenue cycle management, insurance interaction, billing codes, and denial management. We at Medicalbillersandcoders.com, the largest consortium of medical billers and coders in the United States, not only provide these services but are also aware of the latest changes in policies such as HIPAA compliance and billing issues among many others to provide optimization of revenue and better quality of service to providers.

Physicians Get Tech Savvy to Deal with Increased Billing Documentation 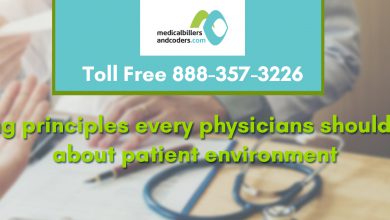 ‘Meaningful Use’ completed its one year: How far has your practice reached?