Even as we start counting probable issues that can influence clinical sphere, cost of administering services, medical billing, and so forth, it is may be worthwhile having a glance at the watch list released by The Physicians Foundation, which is committed to focus on issues that surround physicians across the clinical destinations in the U.S. The watch list becomes credible in that it is derived from reliable reports, including the foundation’s 2012 Biennial Physician and Next Generation surveys.

One of the major issues that physicians will come to face in 2013 is the persistent apprehension with Affordable Care Act. While ACA may have been approved by the Federal Judiciary, and soon be mandatory in Medicare networks across the 50 states in the U.S., doctors are not still sure how they can operate under Accountable Care Organization model without having to compromise on their revenues as Medicare physician fee schedule is likely to be constricted and governed by independent payment advisory board.

Second, cost of medical care and patient distribution may get redefined from 2013 as smaller clinics are likely to become consolidated entities. Further, many independent doctors, in an effort to shield themselves from the impact of health care reforms, may even feel it worthwhile switching over large hospitals.  When such realignment starts dictating cost and patient distribution, many stand-alone practitioners may not be able carry on with constricted fees and patient visits.

Third, close on the heels is the possible induction of more than 30 million new patients into the nation’s healthcare systems. Doctors, whose volume is woefully short of the requisite, may still struggle more to provide quality care when the proposed new patients are accepted into health insurance backed (Medicare, Medicaid, and even private insurance policies) health care system.

Last, it is widely believed that doctors would lose the ability to independently decide on clinical & operational issues when they move into a consolidate system of health care delivery under ACO and other forms of shared models. It may not be an ideal scenario when doctors are deprived of their independent opinion on matters concerning clinical issues.

And, even if we are to believe that doctors will somehow navigate through clinical issues, administration and medical billing issues may not entirely be their known territories. That is why external medical billing intervention might just be the right injection. Medicalbillersandcoders.com has precisely been doing it admirably for more than a decade now. As physicians enter into a most momentous year in their professional experience, our resource-rich platform – known for facilitating instant, right, remedial, adaptive, and transformational medical billing solutions across the 50 states in U.S. – might just offer them the leverage to maneuver through the likely issues confronting them from 2013 onwards.

Why do Doctors hesitate in Outsourcing their Billing Process? 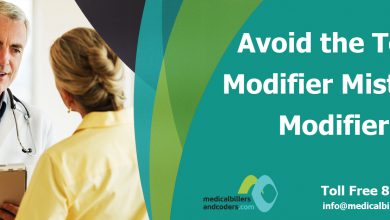 Why Small Practice’s billing is More Vulnerable to ICD-10?