The adoption of Electronic Health Records (EHRs) presents numerous challenges for physicians and many practices are finding it difficult to successfully adopt EHRs. The data released by the Center for Disease Control and Prevention about EHR adoption rates in the country bears witness to the fact that adoption rates are not what they need to be in order to have a positive effect on the health industry. Although more than 50% of office based physicians in the country have some type of EMR/EHR, only about 10% of office based physicians in the country have a fully functional EMR/EHR system.

Originally EHRs were designed for hospitals and smaller practices and practice owners have found it difficult to adopt such system due to many reasons. The resources required for successful implementation of EHRs are easily available for big hospitals compared to smaller practices. These resources usually include a trained staff for operation of EHRs/EMRs, IT consultants, and maintenance of such systems which requires finances that are easily obtainable in a hospital setting but become difficult to obtain in a small practice. Practice Owners are struggling to meet the ‘Meaningful Use’ (MU) criteria and even though more than half the office based physicians in the country have some sort of EHR/EMR, they do not meet the criteria required for enjoying the incentives through MU.

Additionally Practices Owners already possessing a basic EHR system are facing challenges in scrapping the old system and starting with a certified new EHR – as certification itself is confusing and upgrading to a certified EHR and scrapping the older system is a costly and cumbersome process. Besides the maintenance and upkeep of the system is also costly and requires skilled resources to work in an efficient manner. The adoption of EHR also entails redesigning the workflow of a practice and this too is a difficult task in both small as well as bigger settings. For instance, physicians would need more time to comply with the MU policies by entering various observations and facts in the system which would require rescheduling of the way in which a practice works. Complying with MU guidelines for all specialties in a similar manner is also not easy as many specialties need to modify these guidelines to suit their line of work.

There are numerous other challenges in adopting an efficient and MU compliant EHR system and the increasing number of patients due to the newly insured 31 million citizens is compounding the adoption problems. Physicians need to start addressing these problems not just to qualify for the incentives but also to escape the penalties imposed for non-adoption of EHRs. Successful adoption of EHRs can be made feasible by hiring professionals who have experience in this field and can assist in streamlining all the departmental processes in order to optimally utilize such systems. Medical billers at www.medialbillersandcoders.com can not only provide billing and coding services but also the latest in certified EHR technology along with optimization of other processes such as revenue cycle management and denial management along with other value added services to boost the performance of your practice. 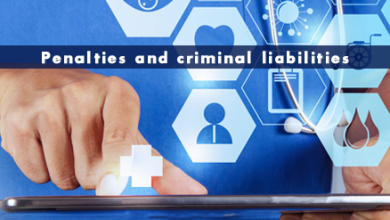 Implementing an Ideal EMR System for Your Practice

Hosted EHR model as a viable alternative to in-house EHRs