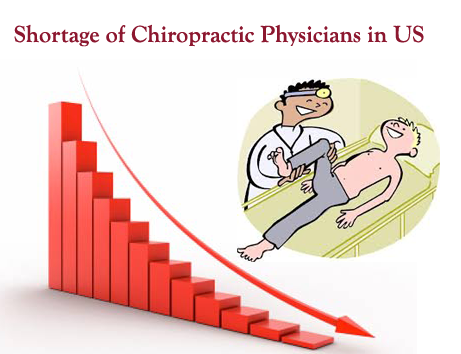 Chiropractic Physicians in the US: A Brief Analysis and Outlook

Chiropractors in the United States currently face numerous challenges and the recent health reforms have made a profound impact on this occupation. Moreover, the competition that it faces from other alternative medicinal specialties such as acupuncture, physical therapy, and massage therapists has brought forward many challenges to professionals in this field. However, the most distinct advantage that chiropractic professionals have is that many Americans are turning towards alternative medicine due to the non-intrusive and frugal nature of the care that is provided by this branch of medicine. Here are some of the factors that would heavily influence chiropractors in the near future in the United States.

The Future of Chiropractors

The Bureau of Labor Statistics has released a detailed report on the occupational trends and challenges for chiropractors in the future. The report specifies that the job prospects of chiropractic physicians in the future are good and that the employment of chiropractors is projected to grow much faster than average. Employment of chiropractors is likely to increase twenty percent between 2008 and 2018, a rate much quicker than the average for all occupations in the country. This projected job growth is primarily because of the increasing consumer demand for alternative healthcare. However, the most daunting challenge for chiropractors is that many insurance companies still do not cover chiropractic services fully even after the implementation of the Harkin amendment in 2010.

The Best Places to Practice

Although chiropractic physicians face stiff competition from massage therapists, acupuncturists, and physical therapists, they have been successful in geriatric medicine. This is a big plus for the future of chiropractors since there would be a dramatic increase in the number of aged people in the country in the future. Moreover, since geriatric medicine is facing supply side challenges, alternative medicine would be much more appealing to the elderly population in the United States. A report released by the National Center for Biotechnology Information emphasizes the importance of chiropractic medicine in preventive care for elder patients. Moreover, it also states that since this type of therapy does not require any pharmaceutical drugs, it is considered to be low-cost as well as effective treatment. Therefore the future of chiropractic medicine is not as bleak as put forward by some studies, skeptics and critics.

Numerous professionals can provide assistance to chiropractors and such assistance can range from office management to consultancy. There are numerous other functions that are required for a successful chiropractic practice such as medical billing and coding, denial management, interaction with insurers, revenue cycle management, and implementation of electronic medical records or practice management software. With revenues falling due to high levels of competition and changing health care policies, it makes sense to outsource some of these functions in order to cut costs and ensure a smoother and efficient practice.