Mr. Donald Trump; USA president has initiated a series of presidential actions since taking office on Jan 23, 2017. The directives touch on issues like the Affordable Care Act, new homeownership, federal hiring, and most controversially, immigration.

Some of the crucial presidential memoranda are mentioned below:

It is imperative for the executive branch to ensure that the law is being efficiently implemented, take all actions consistent with law to minimize the unwarranted economic and regulatory burdens of the Act, and prepare to afford the States more flexibility and control to create a freer and open healthcare market.

Carrying out the directives in this order would require revision of regulations issued through notice-and-comment rulemaking, the heads of agencies shall comply with the Administrative Procedure Act and other applicable statutes in considering or promulgating such regulatory revisions

Often, infrastructure projects in the United States have been routinely and excessively delayed by agency processes and procedures. These delays have increased project costs and blocked the American people from the full benefits of increased infrastructure investments, which are important to allowing Americans to compete and win on the world economic stage.

Federal infrastructure decisions should be accomplished with maximum efficiency and effectiveness, while also respecting property rights and protecting public safety and the environment. To that end, it is the policy of the executive branch to streamline and expedite, in a manner consistent with law, environmental reviews and approvals for all infrastructure projects, especially projects that are a high priority for the Nation, such as improving the U.S. electric grid and telecommunications systems and repairing and upgrading critical port facilities, airports, pipelines, bridges, and highways.

All actions taken pursuant to this order shall be consistent with the requirements and authorities to protect intelligence and law enforcement sources.

Some taxes under ACA can be undone such as a tax on pharmaceutical companies and health insurance. The order encourages agencies to waive fees, taxes, and penalties under ACA. According to Trump, his team will come up with a plan that is simple and offers a wonderful solution to failed disasters i.e, ACA.

Border security is important to the national security of the United States. The recent surge of illegal immigration at the southern border with Mexico has placed a significant strain on Federal resources and overwhelmed agencies charged with border security and immigration enforcement, as well as the local communities into which many of the aliens are placed.

The purpose of this execution order is to direct executive departments and agencies to install all lawful means to secure the Nation’s southern border, to prevent further illegal immigration into the United States, and to repatriate illegal aliens swiftly, consistently, and humanely.

Execution orders to strive towards creating an interstate insurance market, allowing buying of health insurance across state lines by the individual. Though the insurance sale is allowed across the state under ACA, Trump focuses on having a replacement plan which is centered on patient along with improving healthcare. 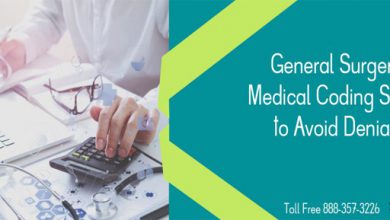