The Health Insurance Portability and Accountability Act (HIPAA) 5010 is the newest version of HIPAA 4010 which will be replaced by 5010 on January 1, 2012. However, there are many hospitals, clinics, and health care providers who have not changed to the latest version and would face problems when the ICD-10 codes come into force. The requirement for HIPAA 5010 arises due to the fact that ICD-10 codes need 5010 as a platform instead of the older 4010 for efficiency and compatibility. The older version lacks certain functionalities required by the health care industry making it essential to adopt the 5010 version.

The infrastructure
The change in infrastructure required for a transition from 4010 to 5010 is an increase in field size from 5 bytes to 7 bytes for accommodating 5010 transactions. Moreover, 5010 also increases the number of diagnostic codes that are allowed in a claim in addition to further data modification in the standards adopted by Medicare FFS (Fee for Service). There are numerous advantages and improvements in the 5010 version which is much more effective compared to the 32 year old HIPAA 4010 version.

Advantages
Some of the improvements in the 5010 version standardize the business information related to the transactions, use Technical Reports Type 3 (TR3) guidelines that characterize data constantly and are clearer. The 5010 version is more specific when it comes to choosing the data that is relevant and needs to be collected and transmitted, and has room for reporting of data such as ICD-10-CM and ICD-10-PCS for diagnostic and procedure codes respectively. Other advantages include monitoring mortality rates due to certain illnesses, length of stays in a hospital, results for particular treatment options and clinical reasons of care.

Deadlines
HIPAA 5010 will certainly change the method in which physicians, clinics and hospitals submit the data in their claims. Physicians would be required to present 9 digit zip codes and street addresses of patients rather than P.O Box numbers. The implementation of HIPAA 5010 would directly impact the cash flow of physicians and health care providers. Those who have not yet implemented 5010 need to do so because of the looming deadline of January 1, 2012 after which those who do not migrate to 5010 would not be able to proceed ahead due to the fact that payers will not accept 4010 transactions from that date.

Testing
The most important aspect of smooth transition from HIPAA 4010 to 5010 not just involves internal testing and technical upgrades but also needs communication with payers, vendors, clearinghouses, and medical billers and coders. Although 4010 versions are accepted even after January 1, 2011, Federal Law requires providers and payers to start external testing of 5010 and such testing must be completed by December 31, 2011. However, the deadlines for implementation of ICD-10 codes is October 1, 2013 by which the claims for the services provided must use ICD-10 codes for medical diagnosis and inpatient procedures.

Time
The compliance dates for implementation of 5010 transactions will not be pushed further as was the case with 4010 and physicians, medical billers and coders, payers, and clinics should be able to utilize 5010 on and after January 1, 2012. The major reason for emphasis on such compliance is to provide a modern and standardized method for better utilization of resources and better patient care along with reduced costs for patients. In the initial stages of compliance, physicians, clinics and hospitals may face denied claims if the HIPAA 5010 standards are not met. However, the best solution for providers would be to hire medical billers and coders who are already trained in 5010 and can interact with payers in order to avoid errors and delays in reimbursements. This would ensure that the return on investment is justified and you as a health care provider do not suffer losses due to the migration from 4010 to 5010.

For more information on how successful implementation of HIPAA 5010 standards is likely to impact physicians and their billing processes successfully and cost-effectively cope with it, or to know more about our consultancy services on how physicians can handle these as well as related issues in their practice, please visit medicalbillersandcoders.com, the largest consortium of billers and coders in the US across all specialties. 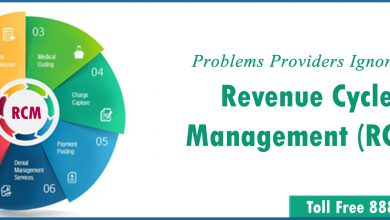 Maintaining Profitability At Your Practice Amid Healthcare Reforms!