While people managing healthcare setups have largely been successful in elevating the quality of medical care, the task of orchestrating mergers might seem altogether a different proposition for them – successful management of mergers require bringing together diverse resources, styles, culture, and financial structures into one harmonious unison.

Although collaborative clinical management is not a novel concept, its significance had never been more relevant. As medical practices, either small clinics or huge hospital setups, try to realign their clinical and operational models to counter the imminent impact of sweeping medical reforms, Mergers seem to be a more viable option. Apart from collaborative advantage for clinical efficiency, mergers – as manifested by other business ventures – carry operational optimization and revenue maximization. Irrespective of the objective – customer or client satisfaction in business ventures: patient well-being in healthcare industry – mergers need to be managed the way they ought to be, with shrewd sense of business acumen.

While people managing healthcare setups have largely been successful in elevating the quality of medical care, the task of orchestrating mergers might seem altogether a different proposition for them – successful management of mergers require bringing together diverse resources, styles, culture, and financial structures into one harmonious unison.

To begin with, a board room resolution amongst intending hospital management needs to be chalked out to pave way for the rest of the merger-process. This might require lot of deliberation and consensus among the vested parties.

Having arrived at a consensus, the merger committee needs to decide on the composition of resources to be availed from each of the participating practices or hospitals. This invariably requires choosing the best of the resources from each of the entities.

Such streamlined approach to forming a merger can eventually pave way for:

But, with the healthcare industry heading to be cost-driven in the aftermath of radical Federal Healthcare Reforms, Merger will eventually prove to be the prescription for a viable medical care model.

As practices show greater inclination towards such merger-led model, expert opinion from medical billing companies that possess the requisite competencies to stage-manage as complex a model as merger. Medicalbillersandcoders.com, with proven credentials for being operational ally in resolving many a medical related issues, could make Merger Formation less daunting and more efficient. Its ingenious advisory apart from the regular Revenue Management Solution – comprising Patient Scheduling and Reminders, Patient enrollment, Insurance Enrollment, Insurance verification, Insurance Authorizations, Coding and audits, Billing and Reconciling of Accounts, Account Analysis and Denial Management, AR Management, and Financial Management Reporting – should be enough justification of its ability. 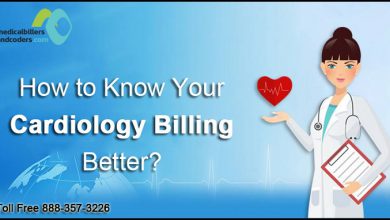