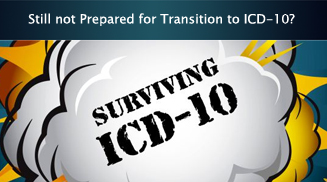 The Justifys for Medicare and Medicaid (CMS) is looking for around 850 volunteers to participate in the ICD-10 end-to-end testing in April 2015.

The federal agency conducted a weeklong testing from November 17 to 21in 2014 with more than 500 healthcare providers, billing companies, clearinghouses and suppliers. Approximately 13,700 claims were submitted and the acceptance rate increased from 76% to 87% by the end of the testing week.

The accepted claims had a valid diagnosis code verified by CMS that matched the date of service. Such claims also had an ICD-10 companion qualifier code and a National Provider Identifier (NPI) validated by CMS for the submitting entity. The rejected claims consisted of an incorrect NPI and lack of ICD-10 companion qualifier code or incorrect or future date of service.

The CMS also undertook ‘negative testing’ (submission of claims with incorrect information) to test the process of claims rejection.

Another phase of ICD-10 testing is scheduled between April 26 and May 01, 2015 as mentioned earlier. On completion of this phase, one final testing week will be conducted for physicians, suppliers, billing agencies, providers and clearinghouses between July 20 and 24, 2015.

The CMS intends to demonstrate that selected providers and submitters are able to submit claims containing ICD-10 codes successfully to the Medicare Fee-For-service Claims systems through end-to-end testing. The testing also demonstrates the effectiveness of CMS software changes that are made for supporting ICD-10.

The end-to-end testing involves processing claims through all the Medicare system edits and return an error-free Electronic Remittance Advice (ERA). This type of testing is not open to all electronic submitters. It is limited to submitters who volunteer and are selected for testing by the CMS.

In case of acknowledgement testing, the testers are required to submit the claims with ICD-10 codes to Medicare’s Fee-For-Service claims system. They receive acknowledgements, confirming them about the acceptance or rejection of their submitted claims.

If you wish to participate in end-to-end testing for ICD-10, you need to register on Medicare Administrative Contractor (MAC) website. CMS and MAC will select only 50 testers from each MAC jurisdiction for every round of end-to-end testing. This testing will provide an ERA based on the current year pricing. If you are selected for the ICD-10 end-to-end testing, you will be allowed to submit only 50 claims per test week.

Still not Prepared for Transition to ICD-10?

In order to survive revenue disruptions post ICD-10, many providers are outsourcing their billing and ICD-10 coding needs to a third party. By choosing companies such as MedicalBillersandCoders.com, they have been able to ensure ICD-10 readiness, eliminating the need for hiring and training coders, making system changes and complying with HIPAA, and other healthcare reforms. Billing partners like MBC have a team of expert coders who are well-trained in using ICD-10 codes for claim submissions. They are also updated with the latest changes in coding such as the CPT changes 2015.