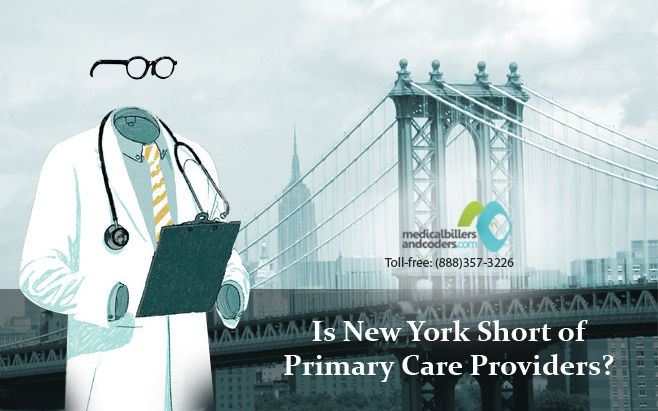 The crisis is indeed real. New York is facing a statewide shortage of primary care physicians, and it is nowhere near getting resolved as of now. The Healthcare Association of New York State reports that there are over a thousand unfilled physician positions across New York, of which nearly one-third of the shortage pertains to primary-care.

In 2013, a report published by Robert Graham Center estimated that the state of New York will fall short of at least an additional 1200+ physicians by 2030. According to the American Association of Medical Colleges (AAMC), there is a nationwide shortage of physicians, the number of which is estimated to rise upto 90,000 by the year 2020. Growing concerns over this issue has encouraged a team of industry experts at medicalbillersandcoders.com to sum up the fundamental causes that continue to aggravate this crisis, and to help understand how primary care billing and coding services can help curb down the losses experienced by primary care practitioners.