Payer interaction plays a crucial role in ensuring that physicians receive payments in a fair and timely manner. Medical billers and coders who interact with payers need to stay current with major payers (insurance companies, employers, or the government) in order to make sure that errors and delays can be avoided. The changes in the health industry have made it necessary for the billing staff to stay abreast of the changes in policies and guidelines so as to be efficient and useful at the same time. There are many facets to payer interaction and the billing cycle such as efficient denial management, using correct medical codes, correct payment posting, and interacting with physicians about any changes in such processes.

The health industry in the country is undergoing unprecedented changes such as migration from ICD-9 codes to ICD-10, Electronic Medical Records implementation, advances in the health IT sector, and the way physicians would be paid in the future. Medical billers and coders need to be current and updated on these changes along with changes in the insurance sector. There are numerous ways of keeping abreast of such changes such as visiting insurance and government websites on a regular basis and making use of newsletters among other things. The best example of such a newsletter is by CMS which has started the “Medicare Quarterly Provider Compliance Newsletter: Guidance to Address Billing Errors” which addresses issues related to the most common billing errors in the industry.

The Tragedy of Errors

The latest American Medical Association (AMA) report on payers points out that payers make mistakes in claims-processing to frustrate physicians and patients. The National Health Insurer Report Card gives details of various parameters such as accuracy, cash flow, payment timelines, improvement in claims cycle workflow, and administrative requirements – Prior authorizations which are distributed into 17 metrics. The major private payers in the country are compared in the report and include Aetna, Anthem, CIGNA, HCSC, Humana, Regence, and UHC. CIGNA has the lowest claims denial rates among these and Anthem, the highest. However, the average claims-processing error rate among these commercial payers is a staggering 19.3%, according to the latest report released in June 2011. This fact itself magnifies the importance of professional medical billers and coders who can successfully identify such errors by interacting with payers and ensure timely payment for physicians and health care providers.

The time spent by physicians interacting with payers, according to a study published in the health policy journal Health Affairs, is almost three hours a week. The cost of such interaction on a national scale is estimated by the study is about $23 billion to $32 billion each year. It is apparent that physicians cannot afford to spend so much time, money and effort in dealing with insurance companies and payers when more and more people are being insured due to the health reforms. The only viable option available for physicians is to outsource the whole process of interaction with payers to a third party that is experienced in this field. The reluctance of payers to reimburse physicians and the increasing workload of health care providers is making time a scarce commodity which is further exacerbating the problems faced by physicians and their staff.

The health reforms in the form of Patient Protection and Affordable Care Act would ensure that more people enjoy health benefits. Insurance companies would not be able to drop policyholders when they get sick and millions of uninsured would be provided with efficient health insurance plans. However, insurance companies would try to find more ways of denying claims or underpaying physicians even when health providers would be working long hours. The need for interacting with payers would be more than ever before due to the easy access to health cover for many people. The efficiency of such interaction can only be increased with dedicated professionals who have the knowledge and expertise in this field and who know the pitfalls and opportunities that present themselves while extracting payments from insurance companies.

Physicians and health care professionals have borne the brunt of stinginess by insurance companies for a long time and it seems that with the reforms, payers would be reined in. However, it remains to be seen whether there would be a positive change in the attitude of payers in the future when it comes to prompt and timely reimbursement of providers.

For more information about payer interaction, consultancy, and professional medical billing and coding services please visit medicalbillersandcoders.com, the largest consortium of medical billers and coders in the United States.

Solving the ‘Secondary Insurance’ puzzle at your medical practice 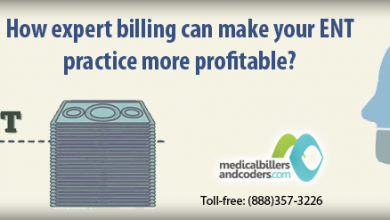 How Expert Billing Can Make Your ENT Practice More Profitable?