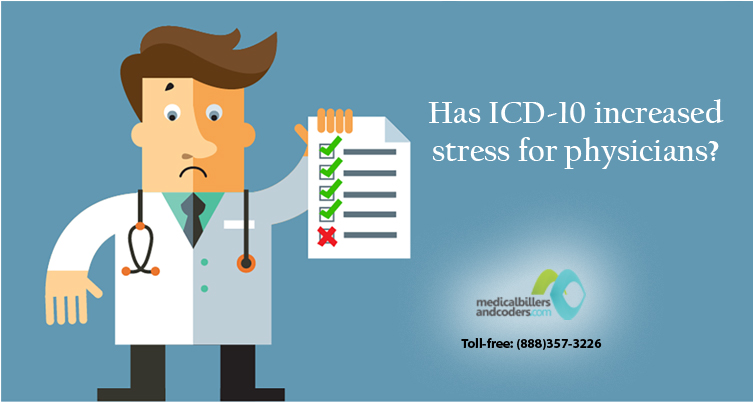 The beginning of the new coding system was a rather normal one with not too many glitches. Despite the frustrations caused by the switch to ICD-10, the actual impact will be seen when it is time for reimbursements. No matter the preparations that went into getting themselves ready for ICD-10, physicians have yet reported immense stress owing to working with the new coding system.

The common issue with the physicians has been that ICD-10 has added tremendous amount of time due to the increased specificity. For many this seems like a waste of time especially with the wait time having increased to hours together. A lot of frustration arises from the officials at the insurance companies who are not aware of a lot of ICD-10 related questions. Technical glitches and unpreparedness on the part of insurers was a big turn off and added to the existing mounting stress for the physicians.

As the first 21 days are over, now is the real testing time. This was the ultimate fear for the physicians and has probably given them sleepless nights, despite a smooth beginning. The fact that there has been a prediction of increased medical claim denials, has stressed them out since they can see that the way ahead is not a smooth one. Although there is little need to worry about revenue loss, what is important is to pile up cash or get a line of credit which definitely is not an affordable option. This will call for immense investment and attention. Ensuring your team of coders manages claim denials efficiently and you get fully reimbursed is the biggest worry of the physicians which has only aggravated with the new coding system.

Thus, the coming of the new coding system has put a lot of pressure on the physicians and there is a hard time they are facing working around it. As ICD-10 demands for more specificity and details, it is a lot of added work, having physicians fret over no time for patient care. Hopefully with the passage of time, ICD-10 will not appear as dreadful as it seems now, nor will it seem like a herculean task anymore. However, at present, a little of patience and endurance can help move up the ladder in the long run.