Per capita spending on prescription drugs in America is far more when compared to other countries of the world. Thus, Pharmaceuticals spending shares a significant and still growing share in the country’s healthcare expenditure. This constant surge in drug spending can be blamed on costly drugs that emerge from the labs and also because of prices of drugs that keep rising faster than prices of other goods and services. High end pricing of new drugs and rising cost of old ones has been an issue of major concern in the public and has been widely criticized by members of Congress and President Donald Trump. However, people are still waiting for tougher action by Congress to curtail or rollback price increases that far outpace inflation.  U.S. government pays more than 40% of the retail prescription drug tab, which has led to rise in spending on drugs consequently putting pressure on the federal budget. This is also a major reason contributing to rising health insurance premiums. Though Congress occasionally holds hearings trying to put pressure on drug makers, it is a step that is not enough to bring a change at the entire drug delivery ecosystem.

Drug spending has grown considerably since the 1980s. However, 2014-2015 was specific period of slow growth in the spending at drugs. This was because few major patents expired in 2014 and 2015, and when a patent expires and generic drugs enter the market, prices drop. Another reason was that several high-priced hepatitis C drugs like Harvoni, Sovaldi, etc made way to the market with sales in 2014 and 2015. This equaled to about 40 percent of the net increase in US spending on prescription drugs. Expensive new treatments for multiple sclerosis, diabetes, and cancer also were introduced leading to increase.

As per the reports published in American Journal of Health-System Pharmacy (AJHP) in the year 2016, national trends in prescription drug expenditures were projected to increase by 6 to 8% in 2017 across all healthcare settings. Predictions of this nature help health-system pharmacy leaders in planning drug budgets. Even Center for Medicare and Medicaid Services (CMS) estimates prescription drug spending will grow an average of 6.3% per year over the 2016-2025 periods.

When drug prices go up, everyone involved in the drug, trade, including the drug makers, pharmacy benefit managers, pharmacies, and in some cases, providers, all make more money. At the second time patients continue to be desensitized to super expensive drugs through copay coupons and out of pocket maximums well below the price of the drugs.

When Congress created Medicare Part D, it prohibited Medicare from negotiating with drug companies for lower drug prices. Congress also required eligible Medicare Part D plans to offer coverage for essentially all drugs in certain disease categories. Drug companies still face price pressure on drugs in the non-protected classes, though, because the private insurers that offer plans through Medicare Part D are able to negotiate. The exception is the U.S. Department of Veterans Affairs (VA), which negotiates prices outright and is able to exclude drugs from coverage, but accounts for only a small share of overall government drug spending.

It is observed that government is balancing two competing factors. It wants to give pharmaceutical companies financial incentives, encouraging them to innovate and produce breakthrough drugs; on the other hand it also wants to keep drug prices as low as possible. If the government allows drug companies charge hundreds of thousands of dollars to develop life threatening disease treatment, options, more companies will be willing to take the risks inherent in such an uncertain research project. But in this case annual costs will rise, due to rise in demand of life threatening disease treatment. The current system incentivizes drug research works as follows with normal 20-year patent term that applies to drugs from the time of the patent, usually before clinical trials are conducted. Food and Drug Administration (FDA) can grant temporary market exclusivity rights, providing a guarantee that the FDA will not approve a generic competitor for a set period of time. This implies that brand-name drugs have 13 or so years of sales before a generic competitor enters the market. The Market Share of generic drugs has grown so quickly over the past few decades because of the Hatch-Waxman Act of 1984, which incentivized generic drug companies to challenge brand-name drug patents, and also allowed generic drug companies to show that their drugs were equivalent to brand-name drugs before getting approval instead of requiring them to conduct a battery of expensive clinical trials.

AR aging over to 120 days – Is it Prudent to opt for a medical billing service? 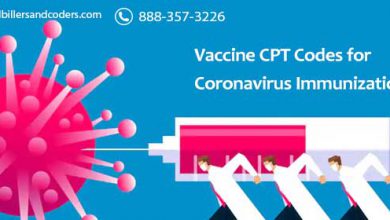 What is Patient Compliance?