Billing is a vital aspect of any business, and healthcare is no exception. Millions of dollars can be lost if pitfalls are not understood and are repeated time and again in the billing and coding of medical practices, especially for ‘Durable Medical Equipment (DME).’  This equipment typically serves a medical purpose and is used routinely. It can be bought or rented as per the requirement and is used at the residence of the beneficiary.

As DME supplies must be certified and documented, billing of such items usually undergoes some difficulties. Improper payments occur if the DME has not been prescribed/documented by a physician, policy violations, or if the funds are paid to the incorrect entity or have been used for some other purpose rather than those prescribed.

Policy violations occur if the  DME is billed to the wrong insurer, or improper documentation is submitted without the signatures of the physician or the beneficiary, or receipts are missing. Pitfalls under insufficient documentation in DME billing include submitting a claim with insufficient/incorrect codes or mismatched dates on the documentation and the corresponding claim. Also, the physician prescribing the DME must be identified and enrolled in Provider Enrollment, Chain, and Ownership System (PECOS) and must be of a specialty type that is permissible/authorized to order or refer the service/item being billed. Reimbursements are lost if codes on the claim and documentation is different or the invoices are missing and, if the documentation and the bills do not support the physician orders or delivery tickets. Sometimes, errors occur in the number of DME billed and the actual DME received by the beneficiary; or if the number of units were not calculated properly.

Moreover, for terminally ill patients, suppliers cannot bill for DME. The hospice provider must pay for the same and, while billing Medicare for such services, the hospice must use the GW modifier. Another aspect to be kept in mind is the billing of maximum of 62 units of service per month of the medication ‘budesonide’ by DME suppliers. As per www.aapc.com, DME suppliers must comprise a discharge date on incoming claims. This should be billed for HCPCS Level II E0935 Continuous passive motion [CPM] device. The POS in this case, is most often 12 (home). “To ensure a proper crossover for a CPM device, DME suppliers should include discharge date reporting within the 2400 NTE (notes segment), not in 2300 DTP03 on incoming version 5010A1 837 professional claims, when billing their DME MAC electronically.”

For timely and accurate reimbursements it is imperative to be well aware of the rules and common errors in DME billing.

How will Outsourcing Help DME’s? 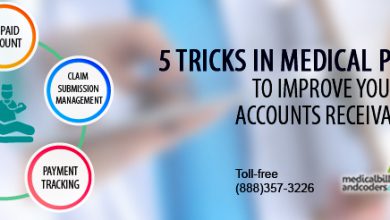 5 Tricks in Medical Practice’s to Improve Your Accounts Receivable