ICD-10 has been well into the system for four months now. Although a small percentage has reported issues with the transition, a majority have experienced a smooth transition.  While this is certainly good news for the healthcare industry, it probably is a little too soon to call it a success. In reality, ICD-10 crisis could be a possibility for some practices. Challenges with ICD-10 are inevitable in 2016. The fact remains that we will not be able to gauge the status of the practices until we get through the fiscal quarter of claims payment in 2016. There could be chance of some practices experiencing denials and rejections.

The fact that there haven’t been denials as expected is majorly due to CMS observing a 12 month grace period. However, this will not last too long. As is a known fact, it is in the interest of the payers to be flexible at this point. But, it is not yet the best time to breathe a sigh of relief. Once the CMS reverses the regulations regarding the ICD-10 code accuracy, it will be worth noticing the real impact of the transition.

Most practices have tested for revenue neutrality with back mapping in preparation for the transition. However, did not test for coding consistency across their network. The level of inconsistency in coding amongst physicians will significantly affect the risk adjustment models in place. The assumption of there being another delay in implementation led most providers into reducing investments for ICD-10 and lacked complete preparedness. With significant inconsistency in coding, an ICD-10 storm is definitely heading our way in 2016. A grace period granted by CMS, lowering the requirement for ICD-10 accuracy may have had financial implications for a few commercial payers. Payers and providers are perhaps assisted by a program for the analysis that compare the effects of transition as assumed against the real time action, as claims will accumulate over the next 12 months.

Using ICD-10 data will emerge in a new age in healthcare where if diagnosis data is associated with revenue, there is a different perspective that the practice can adopt. The payers and federal government are keen on examining your ICD-10 data in order to find ways to reduce their costs. Precision will be important since payers are going to require that data.

It will be interesting to notice the diagnostic related groups and compare them to last year wherein the complication or major complication or comorbidity can be significant in pulling reimbursements down. There will be way too much scrutiny by payers and government for the accuracy of the codes. Although the media is quiet now, it will continue to be center of attention for the CFOs, directors and administrators, who are closely concerned with the administration. Only time can tell if the new coding system is a success or a failure because 2016 will be a testing time for payers and providers.

As we entered 2016, the healthcare industry will be on the lookout for any ICD-10 challenges. On the other hand, it is important we keep conducting audits and practicing in order to be minimally affected by ICD-10 coding. We can hope for the healthcare payers to get reimbursements flowing soon. 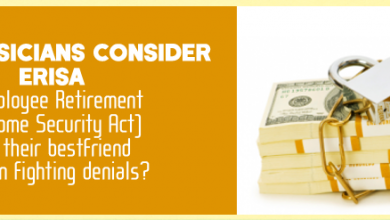 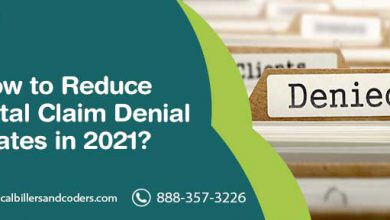 How to reduce hospital claim denial rates in 2021?

Does Your Practice Have the Medical Billing Expertise to Handle Rising Claim Denials?